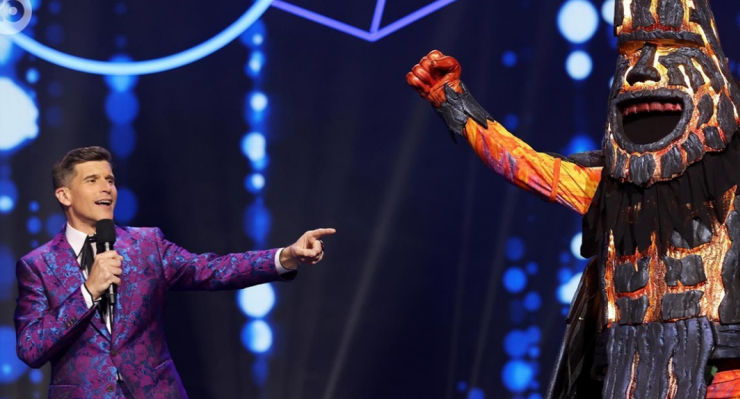 Unmasking a mystery Singer was among the few highlights of a dull TV Tuesday.

Let’s face it, Tuesday night TV was on the dull side, even on the more popular programs on the commercial stations. The Block on Nine attracted 1.17 million nationally but host Scott Cam is a booming bore (or a boring Boomer), and the host on Seven’s SAS Australia (856,000) needs to be dropped from a chopper into a faraway swamp.

Ten’s The Masked Singer identified one of its guilty parties — the reveal drew in 893,000 after the lead-up averaged 779,000. On the same network, The Cheap Seats (495,000) seems to be improving — can we say the same about the similarly styled Question Everything airing tonight on the ABC?

Speaking of the ABC, Back to Nature is great lockdown viewing — last night it attracted 495,000, and deserved much more. And this morning, ol’ Aunty was quickest off the mark to report on the Victorian earthquake — Seven and Nine were very slow to get going.