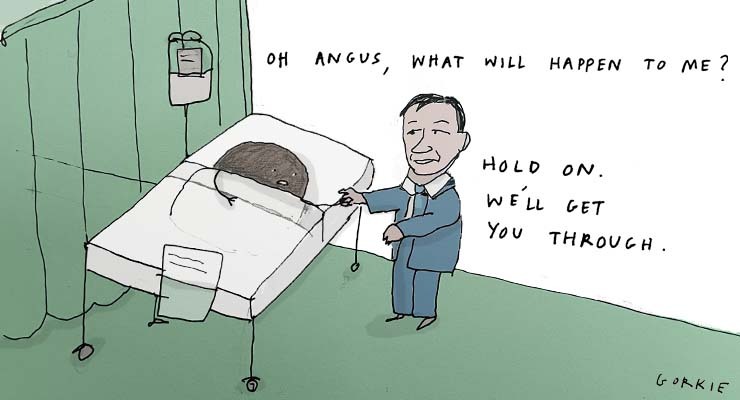 The Morrison government’s climate policy recipe calls for lots of voter delusion but just a dash of political reality.

Rarely has the gap between political reality and fantasy peddled by a government and press gallery been wider.

Today we have yet another round of the “inching towards 2050” game, with Treasurer Josh Frydenberg — the man who used to be the next prime minister — making the anodyne observation that capital markets are moving more quickly than the government on climate (and being applauded by press gallery journalists for doing so) and speculation that the Nationals will agree to a deal on a 2050 net-zero target, doubtless in exchange for yet more billions of taxpayer dollars.

In the real world, Energy Minister Angus Taylor is still trying to push through his “CoalKeeper” tax — which would require every household to pay up to $400 a year to keep coal-fired power stations going — in a meeting with state energy ministers today. 2050 in the streets, CoalKeeper in the sheets, as it were, with the press gallery dutifully averting its collective eyes.