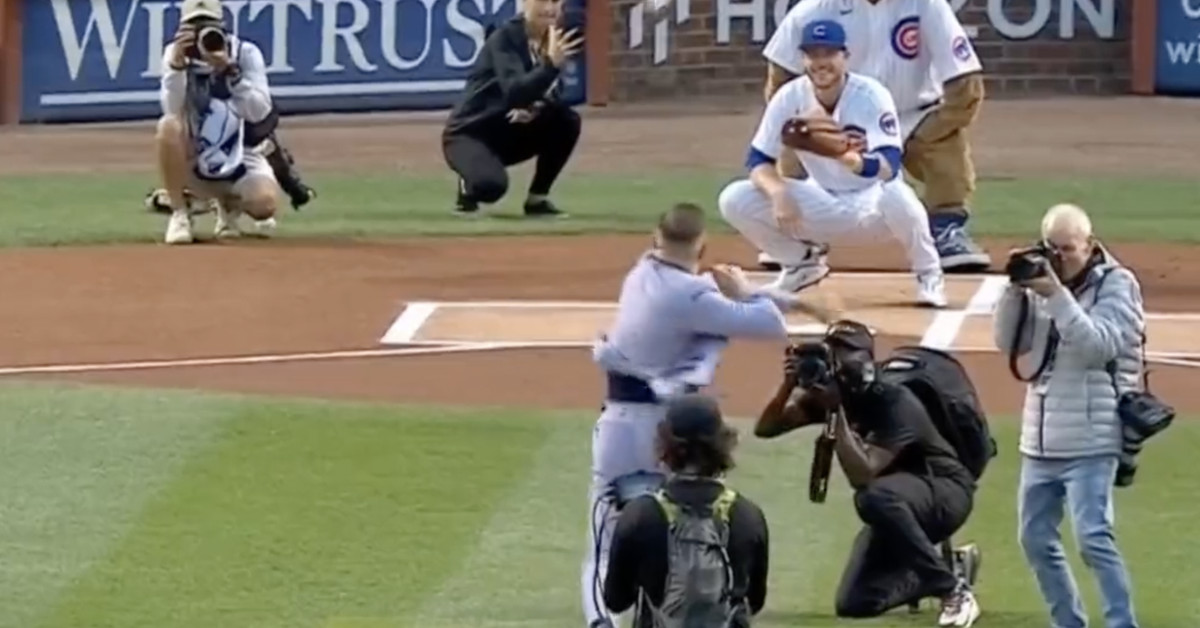 Conor McGregor threw out the first pitch at the Chicago Cubs game on Tuesday night. It did not go well.

The 33-year-old MMA star looked like he’s never thrown a baseball before. He sure didn’t practice. We’ve seen plenty of bad first pitches before — we’re partial to 50 Cent and Carly Rae Jepsen — but this honestly might be the worst celebrity first pitch ever.

It didn’t even stay on the screen!

“I apologize for nothing… except that pitch,” — McGregor, probably.

Professional athletes are among the most coordinated people in the entire world, but that doesn’t mean they’re great at everything right away. McGregor certainly didn’t grow up playing or watching baseball during his youth in Ireland.

McGregor’s first pitch is the most exciting thing to happen to the Cubs in a while. The North Siders traded all of their best players at the deadline, and are currently 16 games under .500.

Can McGregor learn how to throw a baseball? To steal a line from the Cubs, “maybe next year.”