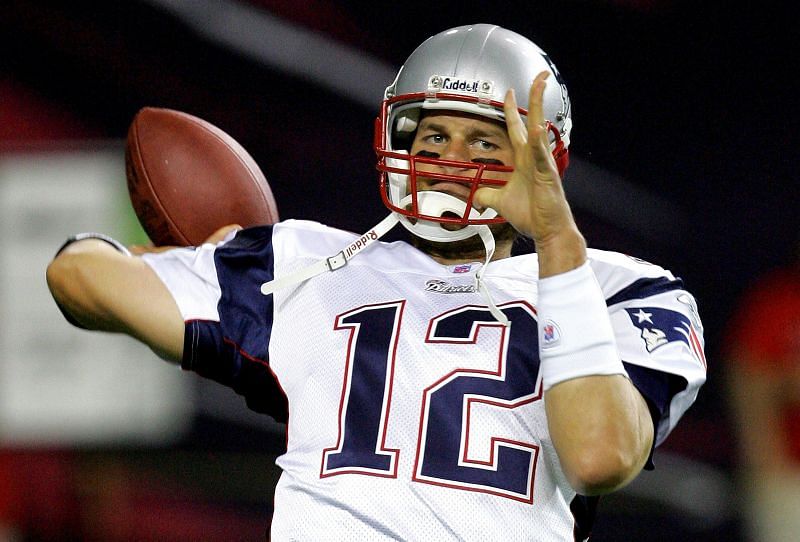 Two decades ago, Tom Brady received the greatest break of his life.

When a player gets a chance to play in the NFL, it is usually at the expense of someone else. In Brady’s case, it was New England Patriots starting quarterback Drew Bledsoe.

Brady replaced Bledsoe after New York Jets linebacker Mo Lewis landed a late hit on the veteran quarterback, causing his lungs to collapse. This then paved the way for Brady to start and, as we know, the rest is history.

Brady reflects on his NFL career 20 years on

Twenty years on, Brady spoke to reporters about being in the league for two decades. During his media availability on Thursday, the Tampa Bay Buccaneers quarterback said:

“Twenty years ago – time flies. It goes pretty fast. It’s been a long time since that’s happened. A lot happens in 20 years.”

The Tampa Bay quarterback was then asked if he could have ever envisioned what his career would have been all those years ago. Brady responded:

“I don’t think anyone thinks 20 years ago where their life would be. I certainly don’t think in my wildest dreams I could’ve imagined what’s happened. I am very appreciative and grateful for all of the different things that have happened over time. Really, it’s just about the support system of people.”

20 years ago today, @Patriots QB Drew Bledsoe was knocked out of the game after this hit.

@TomBrady came in to replace Bledsoe.

No one has since replaced Brady 🐐

20 years ago today, @Patriots QB Drew Bledsoe was knocked out of the game after this hit.

@TomBrady came in to replace Bledsoe.

No one has since replaced Brady 🐐

“My teammates over 20 years, my coaches, my family, my friends — I have great memories. I think sports have a great way of bringing a lot of people together. Sports are kind of integrated into the fabrics of our society for a reason. When I was a kid, it brought our family together on Sundays to watch the 49ers and we had season tickets.”

“It was kind of what our Sundays were all about. We played a lot of softball in our house — my sisters played a lot of softball. They took our family out to the softball fields every night, soccer fields [too]. Our family was just kind of based around sports. Sports have a great way of bringing people together, and I think for my family still. It still has allowed everyone to come [together]. Like two weeks ago, I had everyone here for the opener, which was a lot of fun. It’s been a great journey.”

While no one can disagree that Tom Brady is the greatest quarterback to ever play in the NFL, there is an argument to be made that he is playing the best football of his career now as a 44-year-old.

Brady will eventually retire, whether in a year or four years, and his achievements are unlikely ever to be matched. But it all started with that fateful injury to Drew Bledsoe, which allowed Brady to make his first appearance in an NFL game.