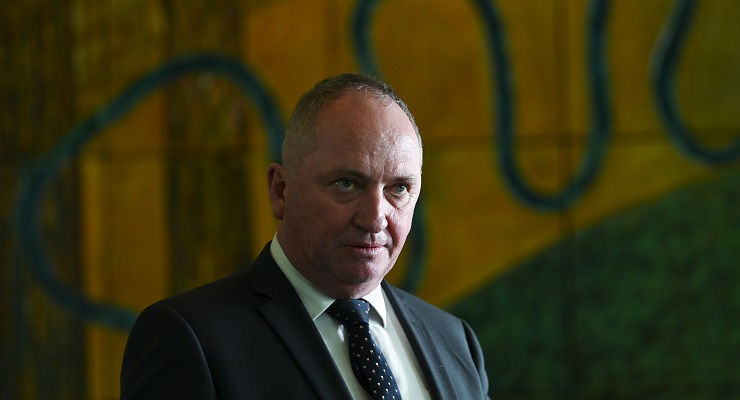 Barnaby Joyce is the biggest roadblock to Australia committing to real climate action. But perhaps he could be persuaded…

Treasurer Josh Frydenberg is pushing hard for Australia to finally commit to net-zero emissions by 2050. And while such a target is by now probably inadequate, it’s still met with stiff resistance in the shape of the Nationals, and Deputy Prime Minister Barnaby Joyce who was returned to the top job ostensibly to further push back on climate change.

It seems only a matter of time before Joyce cuts a deal with Prime Minister Scott Morrison to back net zero. This week Morrison told US President Joe Biden the government would come up with an “Australian plan” in coming weeks. Veteran Nationals MPs such as former leader Michael McCormack and Darren Chester, victims of Joyce’s coup, have tentatively thrown their weight behind net zero this week. A question of if not when.

But the biggest roadblock is Joyce and the rump of coal-obsessed Queensland Nationals who drove his return to the leadership. In effect, Australia can’t take a largely symbolic step on climate change because of a few politicians representing a few industries in a few regional towns.