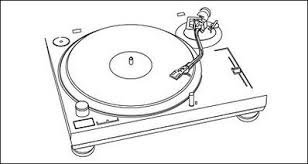 Author: Allen Buchanan This post originally appeared on Location Advice and is republished with permission. Find out how to blog with us on theBrokerList.

One of the benefits of a five decade tenure in an industry is hindsight. Yes. It’s always crystal clear! Unfortunately, looking into the future is a bit murkier. Sure. Folks try. Every January, we are festooned with economic forecasts from scholars. Doubt what I say? Simply tune in for the Chapman, Cal-State Fullerton, UCLA, Charles Schwab reviews and others. All will give their opinion on what the blossoming year will have in store for our economy. Predicted will be growth in commerce, changes in consumer confidence, outlook for interest rates, stock market trends, inflationary pressures and the impact of all of the above on real estate pricing. But it’s August, you may be thinking. Why look forward to January? Well. When you see Christmas decorations next month – you’ll understand. These next four months will fly by!

I’ve consumed several of these Nostradamus events over the years. One of the most meaningful was in February of 2020. Featured was a panel of experts assembled by Northwest Mutual. One of the gentlemen in particular gave a brilliant narrative on the forces that cause a downturn. From my notes – “mentioned during the preamble was a check of five factors which cause bear markets – inflation, recessions, commodity shortages, crazy market valuations, and uncertainty.” Hmmm. Sound familiar? For those scoring at home – we have seen all five since March of 2020. So where is the downturn?

In particular inflation. Commercial real estate rents have increased 134% since 2011. A whopping 13.4% per year. If we dissect this further, the last eight months have produced a rise of 12.6%. Annualized – that is 18.9%! Investors, therefore are ravenously absorbing buildings with crazy high rents at – yep. Crazy high valuations. Take a look at the pump. We paid $4.89 for a gallon yesterday on the way home from Arizona. Silly me forgot to fill up before we crossed the border. Lumber? The price of a 2 x 4 has gone from $2.00 to $8.00. Container loads from China have quadrupled as well. So where is the downturn?

Let’s talk about uncertainty. One thing that can kill a rally quicker than anything is uncertainty. You see, when businesses or investors are unsure of the future, they postpone buying decisions. This “pause” trickles through our world. During the financial meltdown of 2008-2011 – our real estate market was mired for close to a year. Prices tumbled. Buyers and tenants enjoyed amazing deals once they saw a clear path of improvement. We certainly experienced such a stall in industrial activity between March and June of 2020. But then, something quite unforeseen occurred. Industrial demand went on turbo-charge for the balance of 2020 and the first seven month of 2021. As buying habits morphed from trips to the mall to clicks on the keyboard – commerce adjusted, space was consumed, and record profits resulted. So where is the downturn?

Ok. Commodity shortages. Those raw materials used to make stuff – copper, lumber, oil, steel, etc. Since we rely upon our neighbors in the Far East for much of this production, and with the noted container load disruption – you got it. Short supply. Certainly, this adds upward pressure on pricing. Plus, you just can’t get things. If your fridge goes on the blink – good luck getting a replacement. Roofing for industrial buildings – the steel trusses? 13 month lead time! But where is the downturn?

Hopefully, you’re getting the idea. We’ve survived a “black swan” event – a once every 100 years pandemic and the resulting five factors – inflation, recession, commodity shortages, crazy market valuations, which should have cratered real estate. And the opposite has occurred.

So, where is the downturn? It’s coming, dear readers. It must. Will it be a spike in interest rates, another round of lockdowns, a power surge wiping out the grid, a burst of the pricing bubble, an attack on our soil, a Japanese-esque decade of zero interest and growth, something else, a combination? I only wish my crystal ball wasn’t so murky.

Allen C. Buchanan, SIOR, is a principal with Lee & Associates Commercial Real Estate Services in Orange. He can be reached at [email protected] or 714.564.7104. His website is allencbuchanan.blogspot.com.

Allen has been a distinguished voice in the cre social media and technology community since he started his blog in 2010. Allen’s posts are published weekly in the Sunday Real Estate Section of the Orange County Register. Allen is the creator of the popular YouTube video series Tuesday Traffic Tips. Allen has been named to the prestigious Top Ten On-Line CRE Professionals List for the past 3 years.

The Lease Versus Own DecisionSystematic Savings into An After-Tax Account