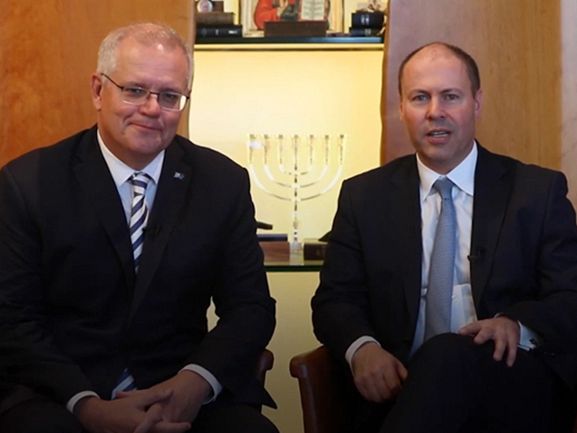 LAST WEEK, the Organisation for Economic Co-operation and Development (OECD) released its latest Economic Survey of Australia. The recommendations for tax reform at the Federal level are well worth a read but the reality is that most of them will never be implemented.

That says more about the tragic state of Australian Federal politics than it does about the quality of the recommendations.

The OECD argues, correctly, that Australia’s tax system is too reliant on personal income tax. This ‘leaves public finances vulnerable to an ageing population’. A major part of the suggested solution is to increase GST and address the regressive impact of the increase by a compensation package. The latter would include tax reductions for low and middle-income earners and an increase in the unemployment benefit.

The OECD also recommends reducing the discount rate on capital gains, reducing the superannuation concessions available to wealthy Australians and getting rid of the two-tier company tax rate.

Increasing GST remains a pipe dream. It is always the first thing taken “off the table” when politicians turn their minds to tax reform. Not because a GST increase is bad policy, but rather because it’s bad politics.

If the Coalition or Labor even mentioned the possibility of considering a GST increase, the other side would launch the ultimate scare campaign. Sadly, scare campaigns are all too effective.

What of the OECD’s other recommendations?

A reduction in the discount rate for capital gains? Labor took that policy to the last election. It was attacked by self-interested lobby groups and the Coalition said it would penalise “mum and dad investors” and “aspirational” Australians. The policy was seen as electoral poison.

Significantly, the policy has now been dumped by Labor Leader Anthony Albanese.

A reduction in the superannuation concessions available to wealthy Australians? Most people have superannuation. Therefore, if one party proposed reducing concessions, the other would tell voters that their super was under threat. There would be no room for reasoned debate, no analysis of the detail. Just another scare campaign.

Removal of the two-tier company tax rate? Its original introduction was a perfect illustration of how bad politics distorts the tax system. The same politics will probably ensure its continuity.

The former President of the European Commission Jean-Claude Juncker put it well:

“We all know what to do, but we don’t know how to get re-elected once we have done it.”

First, tax policy can be complicated. The understanding of most voters doesn’t extend beyond the distinction between tax increases and tax reductions. Tax reform is often too hard to explain and too easy to vilify.

Secondly, voters are increasingly self-interested. Our politics have become contractual — “if you want my vote, you must give me something in return”. In that environment, tax increases are a hard sell, but tax reductions are an electoral winner.

And once a tax reduction or a tax concession is granted, it’s practically impossible to withdraw it. The refundability of franking credits is a classic example — a price Labor learnt at the last election. It demonstrates the golden rule of modern tax policymaking — there must be no losers; no one can be made worse off.

Thirdly, the primary focus of many politicians is winning elections rather than implementing good policy. That means they will avoid good policy if it is unpopular with voters and they will spread disinformation about their opponents’ policies, even if those policies have merit.

The core tax reforms proposed by Labor at the last election – reducing the capital gains discount, stopping refunds for franking credits and curbing negative gearing – were all ideologically consistent with a centre-Left social democratic party. How quickly the Labor Party has abandoned them in the interests of “electability”.

The combination of these three obstacles is fatal to essential tax reform. We see that in the fact that the current government has given up on true reform and limits itself to tweaking the tax rates and thresholds. And the government-in-waiting has vacated the field altogether.

By increasing economic growth, the recommendations of the OECD on tax reform could improve the lives of Australians. Unfortunately, thanks to our blighted politics, both Labor and the Coalition will largely ignore them.

The irony is that the head of the OECD is Mathias Cormann, Australia’s very recent Minister of Finance.