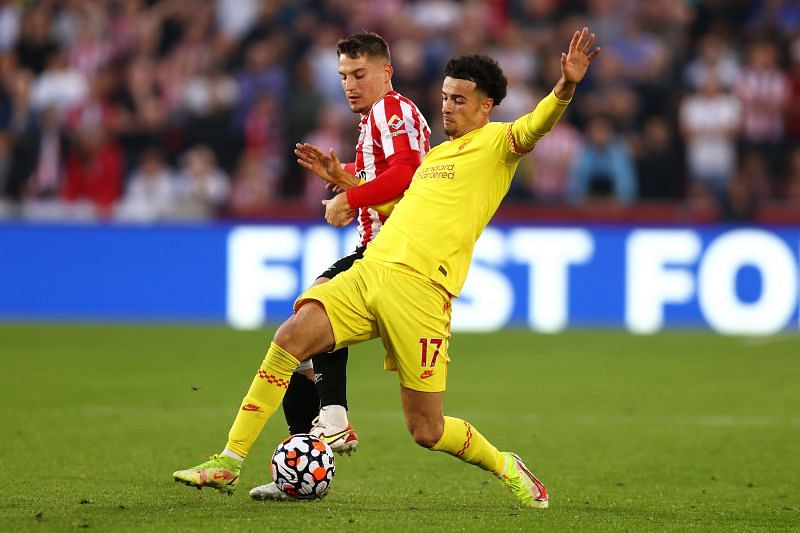 Liverpool and Brentford delighted Premier League fans with an exhilarating goal-fest on Saturday, playing out a thrilling 3-3 draw at the Brentford Community Stadium.

The game began at a breakneck pace and stayed that way throughout. Goalline clearances at both ends in the first 10 minutes indicated that it would not stay goalless for long. This proved to be the case in the 27th minute when Brentford took the lead through Ethan Pinnock. Their advantage lasted barely four minutes, however, as Diogo Jota promptly equalized for the visitors with a header from Henderson’s cross.

The second half proved to be equally entertaining, with goals flowing freely at either end. Liverpool struck the first blow in the 54th minute through Mohamed Salah, only for Vitaly Janelt to hit back nine minutes later. Curtis Jones then restored Liverpool’s lead in the 67th minute, but Yoane Wissa pulled it back once again in the 82nd minute.

In the end, a share of the points was a fair result, with both teams giving an excellent account of themselves.

On that note, here are the Liverpool player ratings from the game.

It was a confusing outing for the Liverpool keeper, who could do nothing to stop Brentford’s goals but did not have much to do otherwise.

Got forward well on occasion but Brentford focusing their attacks largely down his flank significantly limited his overall influence on the game.

Affected a tremendous goalline clearance early on, which was the highlight of his otherwise solid and unspectacular display.

Took advantage of the time and space regularly afforded him down the left flank as he attacked with great intent and gusto.

Only three defenders have provided 40+ assists in Premier League history:

Only three defenders have provided 40+ assists in Premier League history:

Jones’ energetic and encouraging performance was capped off by a fine long-range goal before being taken off midway through the second half.

Turned in yet another classy and effective display, matching his midfield partner Henderson by claiming a delicate assist to boot.

Henderson’s inexhaustible desire and tireless running seemed to drive his side forward throughout the game.

The Liverpool skipper played his part in the result, setting up Jota for the opener with a pin-point cross.

Scored his now-customary goal in the second half but failed to make too much of an impact on proceedings otherwise.

The fastest to score 💯 #PL goals for @LFC

The fastest to score 💯 #PL goals for @LFC

Scored Liverpool’s opener and should have really bagged a hat-trick but passed up several quite presentable opportunities that came his way.

Struggled to get involved in his side’s attacking play and was a passenger for most of the game.

Replaced Jones for the final 20 minutes and settled straight into the rhythm of the game but failed to make his mark.