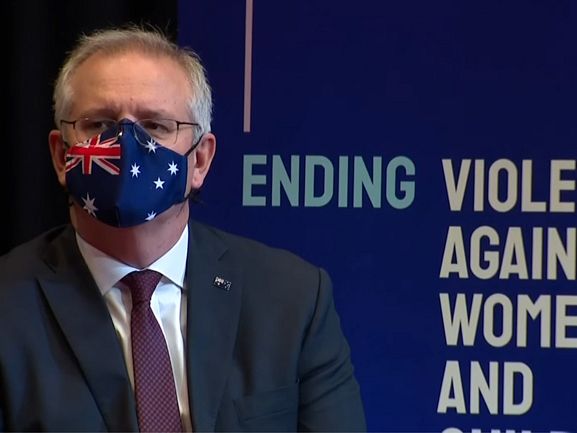 RIGHT NOW, women around the world are facing human rights abuses that have not been seen for many decades. From the Middle East to the United States of America and even here in Australia, women’s rights are being eroded at a great pace. How can this be so in 2021?

The world is watching anxiously as an Afghanistan under Taliban rule reverts to being intolerant of any civil participation by women. Already the Islamic Emirate of Afghanistan has imposed gender segregation in education. Black hijabs are now compulsory for women. The building housing the former Women’s Affairs Ministry now has a sign declaring it to be the ‘Ministry for Preaching and Guidance and the Propagation of Virtue and the Prevention of Vice’.

Not surprisingly, an entirely male government has seen most women disappear from the once-bustling streets of Kabul.

Barely a year has passed since the death of Supreme Court Justice Ruth Bader Ginsburg. For decades “The Notorious R.B.G.” was a staunch defender of women’s rights in the United States. Since her departure, the already more conservative Supreme Court has refused to block a draconian Texas law that prohibits almost all abortions.

The Court has not yet overturned the landmark 1973 Roe v Wade that established a constitutional right to abortion in the United States, but undoubtedly that historic precedent will face a challenge next year. Ginsburg will be spinning in her grave.

Anyone who has read, or watched, The Handmaid’s Tale will shiver at the similarities of these events and those depicted in Margaret Atwood’s novel. In that scary dystopian world, Gilead’s Commanders rule a society they’ve transformed into a male version of “traditional values”. After an ecological and political crisis, the rule of law is subverted such that this select group of men make all decisions. The only role left for women is to comply.

Australians looking at Afghanistan and the United States can easily feel much more progressive when it comes to women’s rights. For example, all our states and territories jurisdictions have now decriminalised abortion. Access is another matter, but we are far removed from any Texas-Taliban type laws.

However, while the Morrison-Joyce Government regularly announces that it is on the road to Damascus, a closer examination suggests they are actually lurching towards Gilead. If we analyse the actions rather than the press releases of recent Liberal Prime Ministers, we see some disturbing patterns emerging.

The policies implemented by the Abbott, Turnbull and Morrison Governments have worsened the lived experience for women. In 2013, Australia ranked 23rd in the World Economic Forum’s Global Gender Gap Report when measuring the gap between men and women in health, education, work and politics.

Right now, we are in 50th place out of 156 countries. The reason we have slid down the ladder is due to policies implemented by Liberal governments that are biased against women. For instance, the cost of childcare in Australia is between 30 and 40% of the average household income. Comparatively, the average in the OECD is just 11%. The current childcare subsidy scheme, introduced by Social Services Minister Scott Morrison, is one of the most expensive in the world.

The Morrison Government response to the COVID-19 economic crisis in 2020 was undoubtedly biased against women. Initially, women with children welcomed the Early Childhood Education and Care Package when it was implemented in April 2020, providing free childcare to families.

However, this free childcare was short lived, ending abruptly in early July 2020. Just a week later, childcare workers (97% female) were the first sector to be thrown off the JobKeeper scheme. At the same time, a new stimulus scheme, HomeBuilder, was announced to ‘assist the residential construction market’, where men make up 88% of workers.

The university sector has a disproportionally female workforce. Prime Minister Morrison ensured that universities were locked out of the JobKeeper scheme. Consequently, our universities have lost 40,000 jobs across the sector.

Although women comprise half of the Australian population, they earn 14.2% less than men and retire with 47% of the superannuation that men receive. Moreover, women over 55 are the fastest-growing group of homeless Australians and women are being killed at the rate of at least one a week by their current or former partners. Despite these disturbing statistics, these issues rarely receive much more than lip service from Morrison. The choices our leaders make reveal an entrenched bias.

It is no wonder that Morrison Government policy is heavily weighted against the interests of Australian women. Not only is the Cabinet table dominated by men, but the Morrison Government’s particularly important Expenditure Review Committee, which oversees all government spending, has only two women. Mere happenstance or the Gileadification of merit?

Anger among Australian women was sparked, culminating in tens of thousands of women marching around the country, including to the doors of Parliament House. In what could have been a scene straight out of The Handmaid’s Tale, the Prime Minister refused to go out to meet the women and said in Parliament they were lucky to live in a country where their march was not “met with bullets”.

Back in January 2020, the Sex Discrimination Commissioner, Kate Jenkins, handed down her landmark report, Respect@Work. This important report examined the nature and prevalence of sexual harassment in Australian workplaces and made 55 recommendations to make workplaces safer for women.

In April, the Prime Minister responded to the report saying the Government agreed to all 55 recommendations. However, the Bill that Mr Morrison finally introduced to Parliament in August did not deliver the legislative changes recommended by the Sex Discrimination Commissioner.

Just a week after passing a Bill without key recommendations included to protect women in the workplace, the Government held a National Women’s Safety Summit to hear how to make women safer. The Prime Minister chose himself to give the opening keynote address to the Women’s Safety Summit. This tin ear achievement speaks volumes to the disconnect between what women want and what Mr Morrison thinks they want to hear. An irony not lost on most women in Australia.

The “because I said so” approach to governing is troubling even in the fictional Gilead. The Commanders are always right. This attitude is a recipe for social disaster and shouldn’t be acceptable in a modern Australia.

Scott Morrison easily plays the role of the footy-loving knock-about bloke. He started his acting career as a child and, despite the political limelight, has never really stopped treading the boards. However, a Prime Minister motivated primarily by some outdated notion of patriarchal power will never lead all Australians down the path towards true equality. Women are most likely to miss out, irrespective of a Commander’s intentions.

Women hold up half the sky. As a nation, we can kiss the sensible centre goodbye forever if governments continue to systematically deny this fact. As it turns out, Texas ain’t all that far away from Taliban territory. At the next election, the women of Australia would be wise to ensure that their nation keeps Gilead a long, long, long way away in Never Never Land.

Graham Perrett is the Federal Labor Member for Moreton and worked as a schoolteacher, solicitor, author and political staffer before entering parliament. You can follow Graham on Twitter @GrahamPerrettMP.