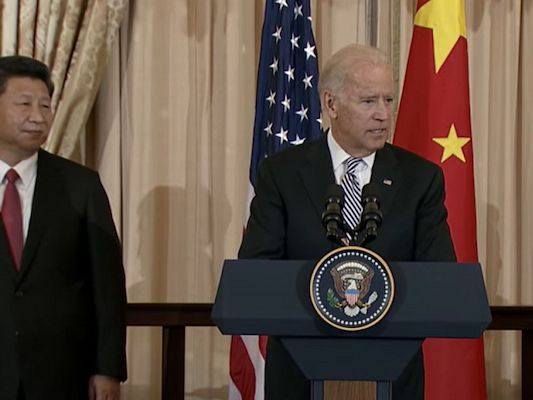 If the focus favours an uncertain future threat of U.S.-China conflict when world leaders meet in six weeks to address the real danger of climate emergency at COP26, the summit will likely fail, writes Dr Graeme McLeay.

“In the councils of government, we must guard against the acquisition of unwarranted influence, whether sought or unsought, by the military-industrial complex.”

WHEN “IKE” spoke those words in his 1961 valedictory speech as U.S. President, he would not have dreamt that Australia, 60 years later, would become part of the military-industrial complex of the United States. As someone who understood the horrors of war, he understood the dangers of an arms race while at the same time acknowledging the need for defence at a time when America faced a belligerent adversary. He was cautious.

No such caution is evident in Canberra. In the space of a few days, we have been told we are to have nuclear-powered submarines, a larger presence of American armed forces based in Australia and missiles – presumably of the intercontinental variety – if all the China-talk is to be believed.

The very idea of Australia getting into an arms race with China is risible and preposterous. It will take at least 20 years for Australia to have something like the military capability that China has now and the massive spending involved will impoverish the next generation.

We have not been told whether our neighbours in Indonesia, Papua New Guinea, Malaysia, Singapore, India and the Pacific Islands have been consulted about the AUKUS deal, which brings a whiff of colonialism about it. New Zealand was quick to make it clear nuclear-powered subs will not be welcome there. It is likely they will also not be welcome in Port Adelaide.

The $90 billion French submarine deal is to be scrapped and bigger, more capable, and almost certainly, more expensive submarines will be built in Adelaide. An uncertain future threat of U.S.-China conflict is the justification for this 20-year program — about the time the world will have tipped into runaway, unstoppable climate change if the world’s present emissions trajectory continues.

In six weeks, world leaders come together in Glasgow to address the existential threat of climate emergency. As the war drums beat louder it appears unlikely they will meet in a spirit of cooperation and harmony. Without both China and the United States on board, there is the possibility of a disastrous failure, much worse than the Copenhagen fiasco because the urgency for action is so much greater.

Climate change and conflict are not unrelated. In a recent report from the Climate Council, ‘Rising to the Challenge: Addressing Climate and Security in Our Region’, authors describe climate change as a driver of insecurity.

Conflicts will arise over water, rising seas, salination, fisheries and crop failures. India, Pakistan and China – not always the best of pals – rely on meltwater from Himalayan glaciers for the survival of millions and internal conflicts over water have the potential to trigger war among neighbours which could drag the United States in, and Australia with it.

Much of Bangladesh, a country with a population of 166 million, is low lying and already experiencing inundation and salination from sea level rise. Food shortages are almost certain to occur when climate-related crop failures happen in multiple regions at the same time.

‘Australia’s unwillingness to deal with climate change is already affecting our security, leading to a loss of geopolitical influence, particularly in the Pacific.’

What role will Australia play in Glasgow? Will we go in good faith, promising bold action on climate change and preparedness to help our neighbouring countries in mitigation and adaptation, in recognition of our shared interests, or will we go as a spoiler?

History suggests the latter — a history that goes back to the last century and the first Kyoto agreement. A belated promise of zero emissions by 2050 with no change to our weak 2030 target, with talk of future technology fixes, will convince no one.

The World Health Organization has described climate change as the greatest global health threat. Disruption of Earth’s stable climate and the biodiversity which protects us is an immediate health and security risk. A sober assessment of the risk which China poses to Australian security is common sense but failure to address the real and present danger of climate emergency, clearly set out in the Intergovernmental Panel on Climate Change (IPCC) Sixth Assessment Report, is negligence — negligence which will not go unnoticed by our young.

“The potential for the disastrous rise of misplaced power exists and will persist.”

Dr Graeme McLeay is a retired anaesthetist and a member of Doctors for the Environment Australia.