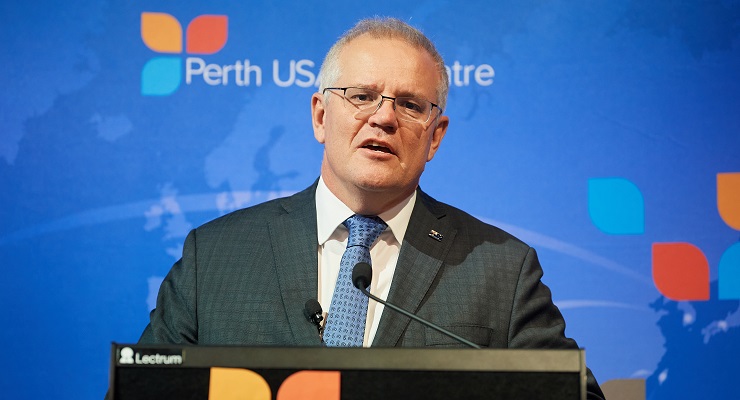 Minister for Agriculture and Northern Australia

Minister for Energy and Emissions Reduction

The Morrison Government’s $19 billion Zero Emission Renewables Opportunities plan is set to deliver a windfall of investment and jobs in regional Australia, as part of a strengthened commitment to emissions reduction.

Australia, already a world leader on emissions reduction, will reach net zero emissions by 2050 under the the plan, which is driven by technology rather than discredited taxation and regulation.

At the heart of ZERO will be a $5 billion, 10-year commitment to carbon capture and storage technology. As the International Energy Agency has shown, there is no credible transition to net zero without massive investment in carbon capture and storage. Australia, already a world leader in this exciting technology, will showcase how geosequestration can drive a zero-emissions future while preserving the millions of jobs dependent on fossil fuel investment around the world.

The CEOs of Woodside, Santos, Origin Energy, Chevron and Shell will, at the Prime Minister’s request, form a steering committee to develop a framework for the delivery of this funding, including opportunities to leverage private sector investment.

To ensure energy security and dispatchable capacity during the transition period, the government will also commit $4 billion to new High Efficiency Low Emissions coal-fired power stations in Queensland and NSW which, combined with CCS, will produce only 10% of normal coal-fired power emissions. This will guarantee that the lights stay on despite the fact that the sun doesn’t always shine and the wind doesn’t always blow. Preliminary pre-feasibility studies on the new plants are expected to commence in mid-2022.

Agriculture is an important source of greenhouse emissions in Australia. But previous governments have failed to strike the right balance in allocating the burden of emissions reduction, and regional communities have unfairly been called on to sacrifice their own prosperity to meet international agreements. Under the ZEFT, no regional community will be asked to do that again.

Agriculture will accordingly be exempt from the 2050 and 2030 commitments.

However, recognising the opportunities for emissions reduction, and the extraordinary commitment of our Aussie farmers to a sustainable future, the sector will be able to take advantage of the ZEFT to sell biosequestration credits, opening up a billion-dollar market for regional communities. Aussie farmers are the nation’s most committed environmentalists, and ZEFT will reward that while preventing farmers from being punished under the transition to net zero.

In order to ensure that no workers in regional communities are left behind as Australia moves toward net zero, the government will also establish a $5 billion Just Transition fund to support regional communities with training opportunities, infrastructure to attract new business, support programs delivered on-the-ground by local providers and exploring export opportunities.

To administer this new program, the Prime Minister has agreed to the Deputy Prime Minister’s request that a new Department of Regional Transition be established to administer this program. It will be headed by Senator the Hon Bridget McKenzie, who will oversee the allocation of funding to regional communities. Given the importance of education and training on regional transition, the Hon Alan Tudge, Minister for Education, has been asked to advise on the allocation of those funds as well.

Transport is the third most important sector in Australia’s greenhouse emissions and will also play a vital role in the drive to net zero by 2050. The government will commit a further $6 billion to key national infrastructure to reduce emissions and improve transport efficiency. The centrepiece of this new investment will be a $5 billion extension of the historic inland project to Gladstone via the Surat Basin. The extension will “hit the ground running” following the government’s commitment last month to developing a business case for the extension, which is expected to create up to 5000 jobs in its construction phase and 1500 jobs on an ongoing basis, while taking 500,000 trucks off the road between now and 2050 — a major emissions abatement achievement.

Prime Minster Scott Morrison said that by addressing emissions from our three most intensive sectors, ZERO demonstrated that the government was serious about net zero and a roadmap to reaching it — one that would not cost jobs, unlike Labor’s discredited taxation and regulation approach.

“Our plan to invest and develop low emissions industries will mean more jobs for Australian workers, particularly in our regions, cheaper energy for businesses and lower emissions,” the Prime Minister said.

“This is good for jobs, good for our environment and contributes to our global effort to reduce emissions through technology not taxes.”

Deputy Prime Minister Barnaby Joyce welcomed the plan as recognition of the sacrifices regional communities have already made to emissions reduction goals. “It’s time that we got the balance right between urban communities who think transition to net zero can be pain-free, and farmers, miners and truckies who understand the real cost of promises made in international meetings. ZERO achieves this and I welcome it.”

The Prime Minister said he looked forward to informing other world leaders of the detail of the plan at the COP26 Climate Conference in Glasgow at the end of the month.