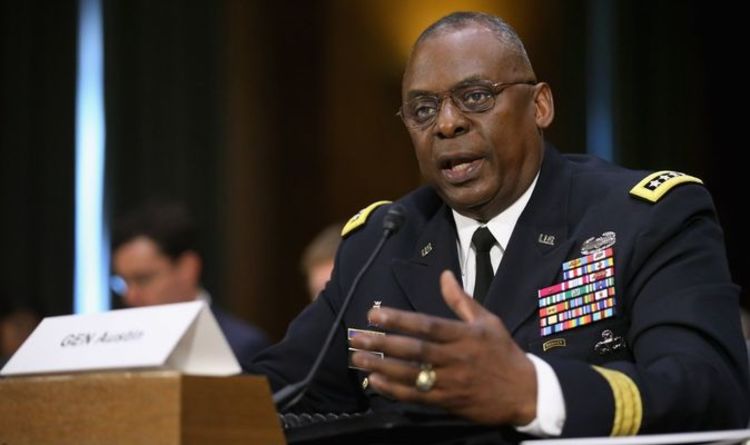 Lloyd Austin, 68, was questioned by members of Congress about the Taliban takeover on Tuesday. In the first public congressional testimony since the Jihadists took control of Afghanistan, the former four-star general said: “The fact that the Afghan army we and our partners trained simply melted away – in many cases without firing a shot – took us all by surprise.”

He added: “It would be dishonest to claim otherwise.”

When conceding the Pentagon needed to confront some “uncomfortable troops”, Mr Austin said: “That we didn’t fully comprehend the depth of corruption and poor leadership in the [Afghan army’s] senior ranks.

“That we didn’t grasp the damaging effect of frequent and unexplained rotations by President Ghani of his commanders.

“That we didn’t anticipate the snowball effect of the deals that the Taliban struck with local leaders in the wake of the Doha agreement.”

In 2020, Biden ousted Trump from the White House after winning 306 electoral college votes compared to 232.

Congressional contributions made by General’s Mark Milley and Frank McKenzie could land the President in even more hot-water.

According to Milley and McKenzie, it would have been a much better strategy for the US to have kept a minimum of 2,500 troops in the country.

In August, Biden categorically denied his commanders had advised him to maintain troops in the region.

“No one said that to me that I can recall,” he said.

But Mr Milley, the chairman of the Joint Chiefs of Staff, suggested military officials had warned Afghanistan could collapse in late 2020.

“My assessment remained consistent throughout.”