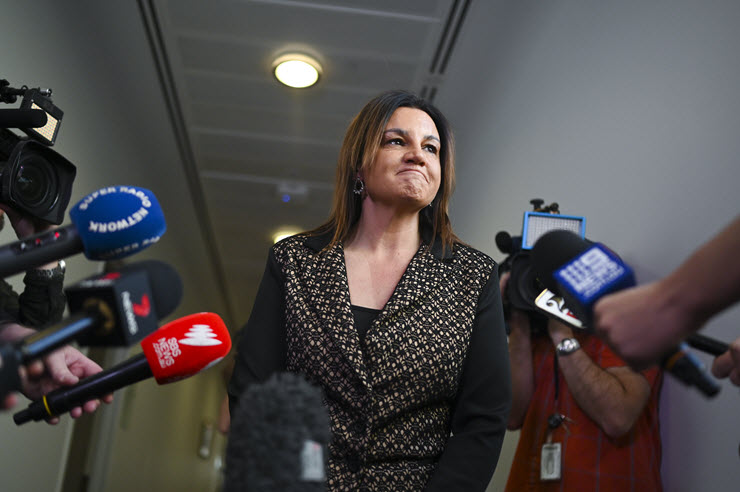 The crossbench senator is not the only one to scoff at Scott Morrison’s ‘secret stuff’ bill. One of his own, Liberal Senator Gerard Rennick, has too.

The prime minister’s controversial bill to keep national cabinet deliberations a secret may be dead in the water because crossbench Senator Jacqui Lambie says she will vote against it.

Lambie told Crikey she would not support the bill, which aims to subject the national cabinet to cabinet confidentiality, despite it being found not to be a cabinet under Australian constitutional law.

“Scott Morrison reckons he can pass a bill that says down is up and up is down,” Lambie said. “But he knows what we all know: national cabinet is not a committee of cabinet. It doesn’t matter what fancy language his department uses, or the legal garble they chuck in a bill. The public knows when we’re being played. We aren’t going to change the law just because it’s inconvenient to the PM’s people.”