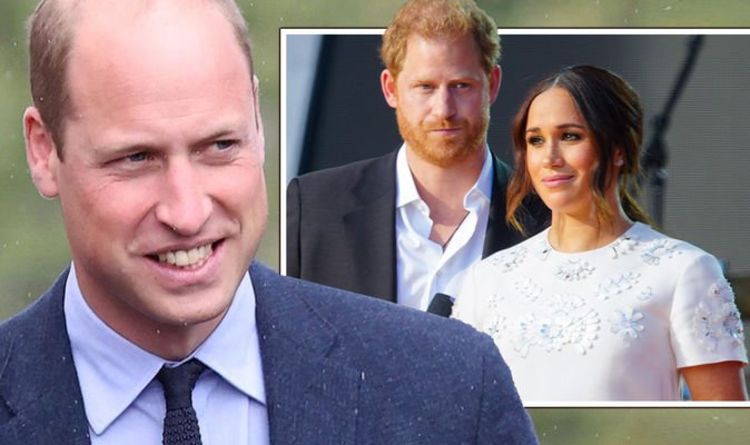 The Duke of Cambridge and former Mayor of New York joined forces to write an opinion piece for USA Today to raise awareness of climate change. Mr Bloomberg, who is worth an estimated $60billion (£46.3billion), will also work as a global adviser to the winners of the Earthshot Prize – an environmental project launched by William last autumn.

The initiative created in October 2020 aims to recognise solutions, ideas and technologies that “repair the planet” and five prizes of £1million will be awarded to put the successful plans into action each year for the next decade.

Royal commentator Richard Fitzwilliams hailed the achievement of the Duke to secure the services of the former US Presidential candidate.

The royal expert also highlighted William’s previous successes and pointed out his influence on China banning the sale of Ivory four years ago.

Mr Fitzwilliams insisted the move “shows yet again how royal patronage can yield huge results” and in an apparent swipe at the Duke and Duchess of Sussex, he added it also “underlines the enormous pull being royal has”.

Most recently, Harry, 37 and Meghan, 40, embarked on a trip to New York and attended a meeting with the United Nations Deputy Secretary-General Amina Mohammed and watched the Global Citizen Live concert in Central Park.

Mr Fitzwillaims acknowledged the couple’s adventures, such as their infamous interview with Oprah Winfrey, as well as their A-list friends, including former US President Barack Obama.

But the royal expert questioned whether they will be able to use their connections as well as the Duke of Cambridge has demonstrated.

Mr Fitzwilliams also claimed the Sussexes “appear obsessed with self” and suggested Meghan and Harry could have been more prosperous if they did not leave The Firm.

He said: “Harry’s work with Invictus was much helped by the Obamas.

“It was however noticed that the Sussexes were not present at Barack Obama’s 60th birthday party.

“It will be fascinating to see if Harry and Meghan are actually able to use their contacts for good as William clearly has.

“They scored with the Oprah interview of course, but that was deeply destructive and much harmed the Royal Family, it also failed to win at the Emmys where it was nominated.

“Their visit to New York was much-hyped but to return by jet after preaching about climate change led to obvious accusations of hypocrisy.

“Michael R Bloomberg is one of New York’s best-known philanthropists and a former Mayor, as well as one of the world’s richest men and he, is helping William achieve a serious goal to help us all.

“Harry and Meghan appear obsessed with self, if they had stayed as senior working royals how much more, one wonders, could they have achieved for others.”