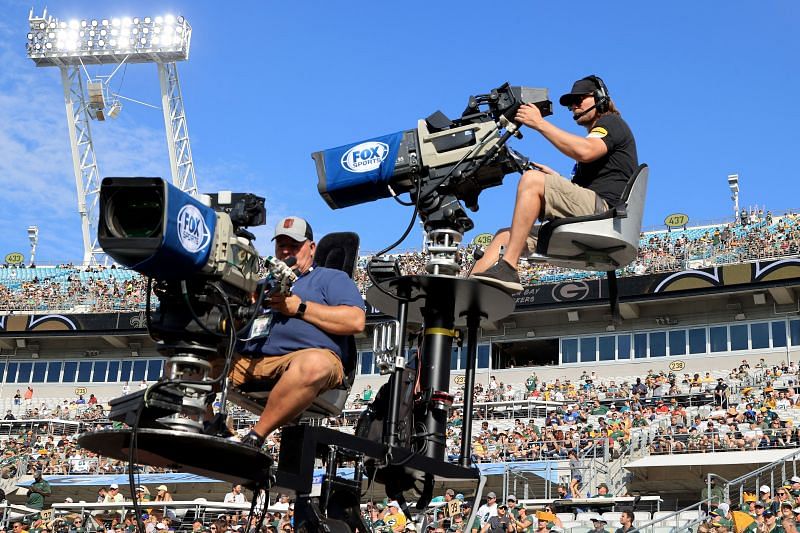 Football and the NFL has dominated TV viewership in the United States in 2021. The NFL has become a massive draw in the world of television, and that might be partly because primetime games have been so exciting through the first three weeks.

According to Nielsen live-plus-same-day data, the NFL is currently averaging about 21.1 million viewers. That’s a massive number in comparison to the primetime TV shows that air on Sunday nights, which only pull in about 3.73 million viewers.

That huge difference in viewership shows that the NFL is here to stay, even though viewership of television in the past 24 months has fallen 20%.

What makes the NFL so popular?

The exodus of older quarterbacks could be one of the reasons behind viewership skyrocketing to this new level.

Former quarterbacks like Philip Rivers, Eli Manning, and Peyton Manning have now gone on to different levels of their post-NFL careers.

New and exciting talent has emerged in the past five seasons. Patrick Mahomes is potentially the next Tom Brady, and second-year sensation Justin Herbert is breathing new life into the game of football.

Los Angeles is home to three million people. A strong viewership of the NFL could be because both the Los Angeles Rams and Los Angeles Chargers are doing well this season. Los Angeles is currently the number two market for football.

Matthew Stafford came over from the Detroit Lions and re-energized the Rams’ offensive game. They are currently 3-0 and atop the NFC West.

The Chargers have also begun to find their footing with a 2-1 record.

The emergence of legalizing gambling has also made its footprint in the day-to-day operations of football. Despite pushback for allowing gambling to be legal within the NFL, Roger Goodell balked at that ideology earlier this year.

The NFL went so far as to partner itself with multiple betting companies to further drive the idea that betting on football is now perfectly fine and legal.

Sign of the times: NFL has reached agreements with FOX Bet, BetMGM, PointsBet, and WynnBET to become Approved Sportsbook Operators for the 2021 NFL season.

Sign of the times: NFL has reached agreements with FOX Bet, BetMGM, PointsBet, and WynnBET to become Approved Sportsbook Operators for the 2021 NFL season.

More and more people are being welcomed into the world of the NFL through playing fantasy football, betting, and watching exciting primetime games that have not disappointed thus far.

Further reports in viewership have stated that Sunday Night Football is currently up 2% from last year. Viewership is also up 10% from the first three weeks of the 2020 season, showcasing that people are watching football a great deal more.

This bodes well for sponsorship opportunities that the NFL can garner and put to bed the worries that one day the game of football will be obsolete.

If these early ratings reports are any indication of the pattern in which people watch the NFL, there should be no more worry that football will eventually fall into obscurity.