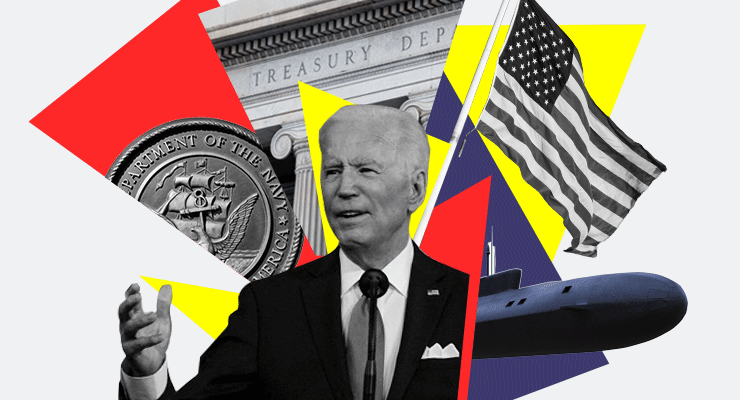 Last Sunday’s Insiders was interesting. I know, I know, but bear with me.

Speersy, Annika Smethurst and sitcom dad Cameron Stewart from The Australian were in the studio and Stan Grant was beamed-in from Sydney. The conversation in the studio burbled on about the new Quad strategic partnership — between Australia, Japan, India and the United States — dutifully delivering state talking points, democratic alliance against authoritarian rule of China, etc, before Grant made the point that any alliance that includes Narendra Modi’s India ain’t exactly a human rights alliance; that India and China are part of the Shanghai Group; that Japan has multiple alliances with China; and that we might want to question what we are being signed into in global and historical terms.

Thankfully, after that brief burst of actual content and discussion of issues, the show returned to form, discussing what the drift to regional war and mass death on a civilisational level would mean for the major parties’ polling and Albo’s leadership.

Grant’s intervention was one of the few mainstream news moments in which it was actually suggested that the world does not revolve around the needs and priorities of white states — and especially of one demographically insignificant settler state at the “fixer-upper” end of Asia.

True debate about the new AUKUS alliance, the Quad and our regional future is being made impossible by the projections being made upon the situation — from a need to give our strategic arrangements a moral imperative, and the unchallenged and therefore currently irremovable bias towards an imperial white saviour narrative that frames the debate.

What that imperial white saviour narrative is about is the American state of exception. This is simply the fact and idea that the US is the one global power that can claim for itself the privilege of reaching into any region, nation, situation, not out of bare and unapologetic self-interest but with the gloss that American self-interest is that of humanity’s.

The US’ actual leaders don’t actually believe that — not the ones at the core anyway. They know there are only interests, but it spreads beyond that to give a cosmic legitimacy to its stance.

Our political and media establishments are happy to transmit it year on year without alteration or adaptation. During the Cold War, its scope was limited by the “other” of communism, and when that bloc disappeared the boundaries of America became the boundaries of the spherical earth — i.e. none at all.

The US claims to be both the essence of human life — the “last, best hope of man” expressing a God-given, self-evident set of political truths — and to have a right of exception from the actual collective agreements that humanity has achieved. By portraying itself as the non-material essence of human collective destiny, it can present its refusal to sign on to mucky, compromised agreements as somehow preserving that last, best hope.

This is how the particular interests — which may involve regional legal breaches — of other nations, above all China, can be presented as extraterritorial expansion. The primary fact of US aggression — its maintenance of bases in dozens of countries, its near-$800-billion-a-year military budget — is set at neutral. Any national action responding to such all-encompassing reach is then constructed as aggression.

Nowhere is this absurd hypocrisy more visible than in the South China Sea dispute. China claims between 80% and 90% of the nautical area. So, bizarrely, does Taiwan — both drawing on a “nine-dash line” claim made by China in the 1930s, before the communists took power. Since Taiwan portrays itself as the legitimate government of all China in continuity with Chiang Kai-Shek, it has simply adopted that claim.

The US has pushed back against China’s claims insisting, as numerous articles recount, that much of the claimed area is designated international waters under the law of the sea convention. The trouble is, and this goes unmentioned in these pieces — including yet another piece of US power stenography in Guardian Australia (are its editors simply out of their depth in international affairs, or using the membership fees of left-wing readers to publish a centre-right news site?) — that the US isn’t a signatory to UNCLOS, the UN law of the sea convention, largely because of the limits it places on profit from seabed mining.

Furthermore, through its historical possession of the Aleutians and Hawaii (an independent country annexed purely for naval purposes), it retains control of a swathe of strategically significant sea area. In the Caribbean, its possession of the never-inhabited micro-island of Navassa — west of Haiti, south of Cuba, annexed by the US for guano mining in 1857 — has allowed it to keep settlement of Caribbean sea claims between Cuba, Haiti and Jamaica unresolved for decades.

But the law of the sea is only one of the many international agreements the US refuses to sign, or that its Congress refuses to ratify. From conventions on forced labour and labour rights, to the International Criminal Court, and the moon treaty, the US makes our outlaw status on climate and refugees look piker.

But of course we are in the image of the master: the two right-shifted, large-frontier, white-settler nations no longer able to justify their world role as white salvation, now projecting it as the preservation of international law.

Whether the Morrison government has signed up to AUKUS out of pure cynicism for a navy-blue election, or whether its leaders have been genuinely duchessed by the proximity to US power, or both, is less important than defining the trap we are being walked into, related to but separate from signing up to a US-led regional power bloc that the US may depart when it suits them.

We are lending our sycophantic voice to US claims to international right which simply repurpose global whiteness, a fact visible to everyone except our unreflective political leaders and the incurious pale drones of the mainstream press who attend them.

Eruptions of actual politics such as Grant’s will remain strictly policed. Leading, self-presented commentators-of-colour will avoid the issue unless it takes place in a Sally Rooney novel.

On we sail into a red, white and blue water future, however brief it may be.