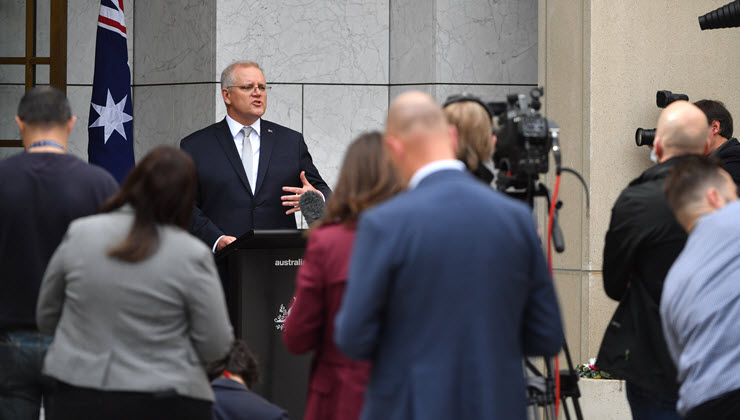 How will a mainstream media characterised by obsession with personalities, a lack of policy substance and a focus on surface issues respond to Morrison’s coming climate policy? We think we have a good idea.

Not merely have we found Scott Morrison’s net zero plan wafting back from a short time in the future, but we’ve also caught a glimpse of how the media covered it.

“Scott Morrison has fundamentally changed Australia’s economic trajectory and singlehandedly ended Australia’s climate wars, which have contributed to the defeat of five prime ministers before him, including the mighty John Howard.

“His ZERO plan is at once a political masterstroke and work of policy genius that will prevent growing international hysteria over climate from affecting our exports, while preserving regional and blue-collar jobs. There is no doubt that Morrison will go down as one of Australia’s greatest prime ministers for this achievement alone.”