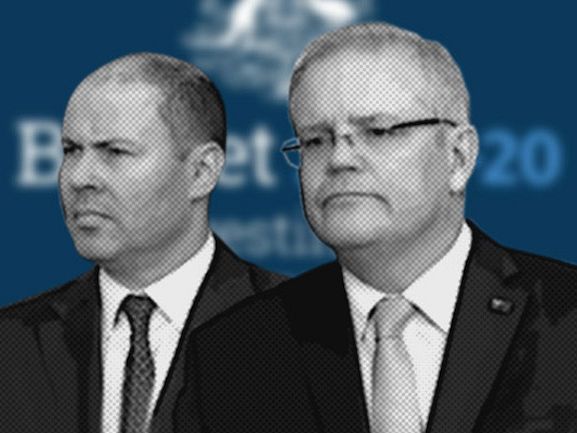 With more and more musicians leaving the industry out of economic necessity, we face a generation of silent performers. The Federal Government must step up its arts support, writes Daniel Holmes.

IF MUSIC IS food for the soul, then after two years of lockdown, Australia’s soul must be hungrier than Barnaby Joyce at a vegan potluck dinner.

COVID-19 has brought the Australian live music scene to its knees and musicians are pleading with the Federal Government to help the once vibrant industry. At least that’s how the narrative plays out in the Australian mainstream media. The reality of being a musician in Australia is much bleaker. Most performers have never made an income above the poverty level in their lives.

Sydney-based performer Michael Wheatley has been working in the live entertainment sector for over 30 years and told Independent Australia he believes things have been getting steadily worse for performers for most of his career:

In the early 1990s, there were heaps of venues, and I was making $200 a night playing original music. In the early 2000s, there were some venue closures and the gigs started to dry up a bit so I started working as a venue consultant. I was booking nearly 90 acts across Sydney for a minimum of $200 a night. Then they abolished the Permits for Places of Public Entertainment (POPE) licence and a few years later the lockout laws came in. It sort of felt like all the money just disappeared overnight.

After a while, it got really soul destroying. I hated walking out of gigs with only $80 to $120 in my pocket for five hours of playing, plus transport and rehearsals. It really made music lose its appeal.

He laughed, but Wheatley’s sardonic responses echo an attitude I’ve heard from dozens, if not hundreds of musicians. Deep frustration with an unjust state of affairs, muzzled by the desire to not be seen as a whinger. Musicians know from experience there are few things less appealing to punters than an “ungrateful” performer.

However, these figures show that Wheatley is far from alone.

According to activist group Musicians Australia:

‘Musicians in Australia are paid on average only $7.50 per hour … Almost half of musicians are having their contracts regularly broken by venues and aren’t being paid at all for some gigs … One in four gigs are unpaid, with musicians receiving nothing for their performance, rehearsal and travel.’

Figures provided by The Australia Council show that in 2015, the median income for musicians was a meagre $4,700 — down from a high of $15,700 in 2001. A study conducted the same year by peak royalty body Australasian Performing Right Association and Australasian Mechanical Copyright Owners Society (APRA/AMCOS) showed that fewer than 16% of Australian musicians made more than $50,000 a year.

Data from the Australian Tax Office similarly showed that only 85 musicians in Australia sat in the top tax bracket that year. (See how many you can name; it’s a fun drinking game.)

When all professions that rely on creative arts workers are taken into account, the total number employed swells to 193,600.

According to the Australia Institute’s Bill Browne, this makes the arts and entertainment industry

Despite this, the creative arts have seen little help from the Federal Government during the pandemic compared to other sectors of the economy.

While sole traders are included in the Government’s latest economic support package, this is little comfort to those who have lost work in the live performance sector. To qualify, sole traders must demonstrate a turnover of at least $75,000 per year, excluding all but the most successful musicians. Ultimately, the problem with any relief model based on prior earnings is that it privileges those who had something to lose in the first place.

It’s sort of ridiculous that I didn’t qualify for the live performance subsidy because we had some savings… money we’d been saving to tour. If we’d bought a house, we would have qualified. I’ve recently decided that even though I’m a musician, I might deserve to own a house someday. I couldn’t help but laugh when people told me they were struggling to live off JobKeeper… it was more than my income after more than ten years of working as a musician full time.

It’s hard to miss that O’Donnell’s voice affects an almost identical tone to Wheatley’s on the phone. A laconic mix of amusement and utter despair.

O’Donnell has played music professionally for his entire adult life for a minimum of 40 hours a week and “only twice made enough to pay tax”.

According to the Federal Government:

This funding is based on the capacity to demonstrate a loss of financial viability during the COVID-19 pandemic. The amount has been contested by both experts and arts advocates like singer-songwriter Katie Noonan, but even if we take them at their word, little of this stimulus has made it into the hands of creatives.

Like most arts funding arrangements in Australia, this money has largely been funnelled to large legacy organisations like metropolitan symphony orchestras (whose performers would almost all have been eligible for JobKeeper) and community organisations that support local amateur projects. These are both noble causes and deserving of public funding, but it does nothing to aid the plight of Australia’s largely self-employed musicians.

Australian arts relief funding during COVID-19 compares unfavourably to most other countries that provide any level of public arts funding. While hearing countries that take national pride in their arts sectors – like France, Austria and Germany – are outspending us may not be a shock, even much smaller economies like Lithuania and Columbia are outspending us, whether you decide to measure funding in dollars per capita, or percentage of Gross Domestic Product (GDP).

Berlin-based Australian musician Daniel Weltlinger said the relief funding he’s received from the German Government has enabled him to make it through the pandemic relatively unscathed.

Weltlinger is in a good position to understand the difference between life as a musician in Germany and Australia. Until the start of the pandemic, he made his career across borders, playing with some of the biggest world music acts in both Sydney (Monsieur Camembert and Nadya Golsky) and Berlin (Lulo Reinhardt and Nikko Weidemann).

When speaking about the difference between living as a musician in Australia and Germany, Weltlinger does not mince words:

“I honestly don’t know how anyone could make a living as a musician in Australia. It doesn’t matter how good you are or how hard you work in Sydney, you’re still going to struggle and people are still going to look at you like there’s something wrong with you when you tell them what you do. Here, people actually appreciate music. It’s like a different world.”

The impacts of technological disruption on a musician’s income cannot be ignored here either. Musicians have gone from needing to sell a few hundred records a month to needing a monstrously large and dedicated following to make ends meet. An independent four-piece band in Australia today would need in excess of 60 million plays on Spotify per year to make the minimum wage — roughly the equivalent of a record going 847 times platinum.

When total royalty receipts were at their low ebb in 2016, the Productivity Commission added insult to injury by endorsing a plan to significantly reduce the span of copyright in Australia to just 20 years and expand fair use provisions for music. In effect, recording is closed as a potential source of revenue for most musicians.

Despite government claims to the contrary, public arts funding has fallen by 19% in the last decade, slowly closing off one of the final lifelines available to Australian creatives producing original work.

Worse still, the vast majority of funding is now pre-allocated to Australia’s prestigious large arts organisations like the Museum of Contemporary Art in Sydney, or the Melbourne Symphony Orchestra, with individual grants down 70% over the last decade. In effect, Australia’s arts budget funds support works created by dead Europeans at the expense of living Australians. Today, you are more likely to be bitten by a snake in Australia than receive a Federal arts grant for new Australian work.

O’Donnell describes the process of applying for arts grants in Australia as “soul-destroying” :

“I used to have a practice of trying to get 100 rejections a year, just for practice, you know? Well, I’ve been applying for arts grants for ten years and I’ve never even been shortlisted.”

Weltlinger similarly described applying for Australian arts grants as “a waste of time”.

While arts and entertainment workers continue to struggle, Treasurer Josh Frydenberg estimates the total level of expected Government support for the construction sector under the HomeBuilder program to be $2.5 billion.

While estimates about the impact of this vary, research from The Australia Institute shows:

‘For every million dollars in turnover, arts and entertainment produce nine jobs while the construction industry only produces around one job.’

This would also provide a significantly less gendered distribution of relief funding, as the arts and entertainment sector is close to gender parity, whereas the construction sector is about 88% male.

Had this Government invested the same amount of money in arts and entertainment as it did in the construction industry, it could have created twice as many jobs for men, and nearly nine times as many for women. Perhaps it could have even avoided further driving up Australia’s already maddeningly high property prices by investing in arts rather than construction. This could have been a win for performers and an easy political win for the Government in the year of the “women’s budget”.

Asked about the future, Michael O’Donnell’s answer is optimistic but reveals the cost musicians are forced to accept for their careers:

“I feel cautiously optimistic about the future. People still need music and will continue to but I feel great concern for the industry. If I lived alone and was used to having any money, I have no idea what I’d be doing.”

Wheatley’s response is no less disheartening for young musicians.

I struggle to think of how people are going to make money in the future. As far as, ‘Can the average Australian musician make a minimum living wage?’ I just don’t see it happening. I’ve made it work for me by acting as a performer, consultant, sound engineer, DJ and booking agent – sometimes all in the same night – but to be honest I was stoked to have $400 a week coming in from dog walking. Even at my most successful, I’ve always had to have a side hustle.

In May this year, Minister for Energy and Emissions Reduction Angus Taylor indicated an uncharacteristic zeal for market intervention.

Re “keeping the lights on” Taylor used this unforgettably pithy line:

“There are times when governments have to step in to make markets work the way they should.”

Research shows the arts and entertainment market in Australia has failed to the point people are, quite literally, working themselves to death for poverty wages.

With more and more musicians leaving the industry out of economic necessity, we are facing a generation of silent performers. We are facing the implosion of one of the largest sectors of Australia’s economy. We are facing a loss of culture that may never be recovered. When will we get our intervention?