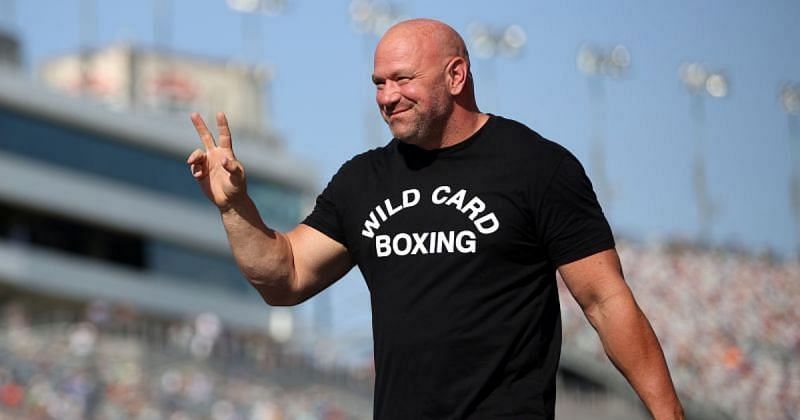 Dana White recently made an appearance on The Cray podcast. He covered a variety of topics during the near-two-hour episode.

At one point during the podcast, the UFC president shared what he believed to be the coolest story he’d ever heard about the UFC. The story involved astronauts watching the promotion’s events from space.

“So, I’m on a call the other day with Jerry Jones and his daughter. They’re doing this charity for the military that they wanted me to get involved in and the president of the company that they hired was an astronaut. So, as soon as the call’s getting over…he’s like, ‘Dana, I have a story for you. I am an astronaut and during the pandemic, I was in the space station.’ He said, ‘it was me and three Russian guys in the space station and we were going crazy up there. So, they were beaming us the UFC fights because it was the only thing that was on.’ He said, ‘you guys were on Fight Island so there were a lot of Russians on the card too. We would get so excited for the fights and we would watch the fights for four hours and then that’s all we talked about for the rest of the night. You created this event during the pandemic where Russians and Americans could get together and be just as excited about it.’ I was like that is the f*****g coolest UFC story that I’ve ever heard.”

Watch Dana White reveal his “coolest” UFC story on The Cray podcast below:

Listen to the full episode of The Cray podcast, with Dana White, below:

Dana White made some massive changes to the UFC 251 venue. He decided to move the event, along with three more cards, to ‘Fight Island’ in Abu Dhabi due to COVID-19 restrictions in the United States.

The card was headlined by a title fight between Jorge Masvidal and Kamaru Usman. The pay-per-view featured two more championship fights; Alexander Volkanovski vs. Max Holloway and Petr Yan vs. Jose Ado.

Fan of MMA? The only ‘location’ you need to know is this!