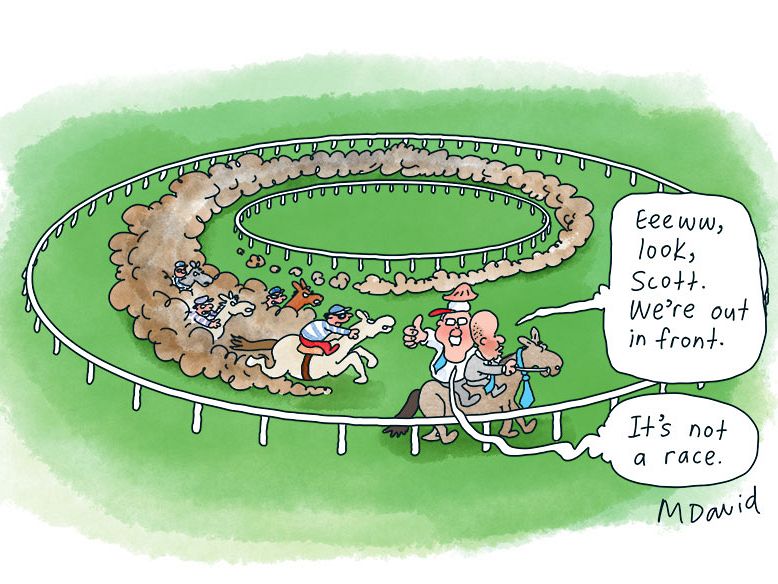 INFRASTRUCTURE INVESTMENT IS at an all-time low. As is Australia’s net worth and its global ranking on economic growth. Tax-free corporate profits are at an all-time high.

For the first time, Australia’s ever-growing population spent less last year than the year before. This has never happened since the Bureau of Statistics (ABS) began tracking this in 1989 and probably not since the Great Depression of the 1930s.

Household consumption fell from $1,095 billion in 2019 to $1,041 billion in 2020, despite booming corporate profits and the Morrison Government handing out squillions to its mates. That was even lower than the $1,063 billion spend in 2018.