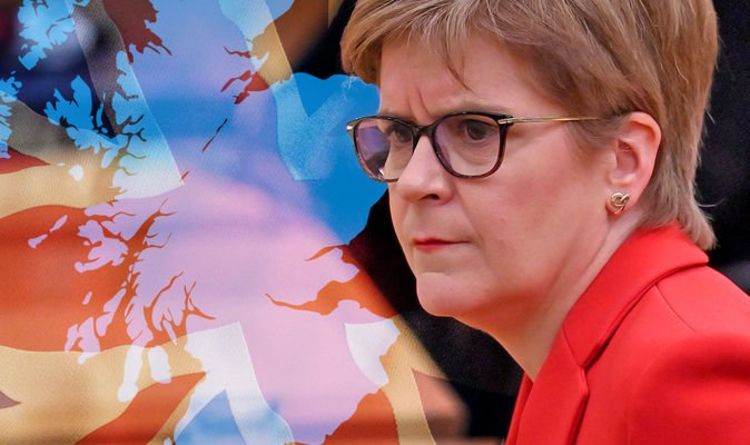 SNP Westminster leader Ian Blackford urged colleagues to prepare for a “new phase” of independence campaigning in an email this week. As Mr Blackford made the announcement, FOI data from the Scottish Government revealed SNP ministers spent four times more on Saltire flags than Union flags in a snub at the UK.

£1,138.20 was spent on the flags alone in the 2020/21 financial year during the midst of the COVID-19 pandemic when SNP ministers pledged Constitutional matters would be set aside.

“We know that Ian Blackford is already rallying SNP MPs to ramp up independence campaigning next month.

“Their focus should be on our recovery, rather than always obsessing over constitutional matters.”

In comparison, the guidance states the Union flag may only be flown once a year on Remembrance Sunday.

Ms Sturgeon has said she wants a second vote to take place before the end of 2023, subject to the state of the COVID-19 pandemic.

But Prime Minister Boris Johnson would still have to grant permission for a legal vote and has so far signalled a no to granting a section 30 order required for a referendum.