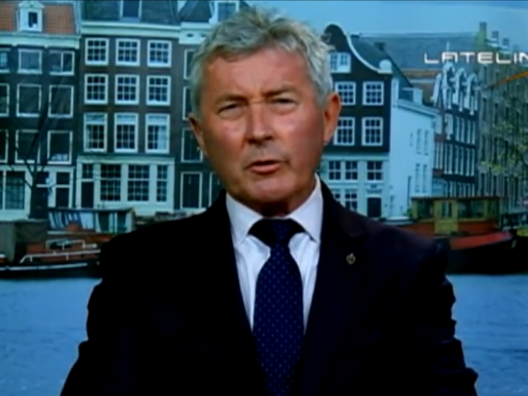 Recent lockdowns have not signalled that Australia is a police state, though other civil rights abuses raise such questions, writes Dechlan Brennan.

OF ALL the surprising elements that have afflicted Australian society since the pandemic started, there is a refreshing consistency to the right’s hypocrisy that has stayed ever-present during this crisis.

The apparent realisation that Australia is a “police state” has come on thick and fast to many conservatives in the last 18 months, without once realising the nation has never really not been one.

The sad but entirely unsurprising aspect of their claims is that it is so narrow in focus, preferring only to highlight the lockdowns and not the vast swathes of civil rights violations that have been ever-present in Australia for some time.

Sky News has of course led the charge, often conflating the lockdowns in Melbourne with a dictatorship-or even a failed nation-state. Speaking on his program in September 2020, Andrew Bolt noted that Victoria was now world-famous for its lockdowns.

“Congratulations to the Andrews Government in Victoria, the Daniel Andrews police state, you guys are now world famous… it’s starting to look like a reign of terror to some people.”

What hasn’t been covered in anywhere near the same detail as the protests by Sky News, or by any of the Newscorp mastheads has been the undemocratic trial of former ACT Attorney-General Bernard Collaery.

Collaery, along with Witness K, were charged over their alleged role in exposing Australia’s illegal bugging of East Timor in negotiations over the resource-laden Timor Sea in 2004. In his role as Attorney-General, Christian Porter chose to prosecute the case, which has cost the Australian taxpayer over $3.7 million at last count.

His position required him to be a “model litigant”. This includes ‘dealing with claims promptly and not causing unnecessary delay in the handling of claims and litigation’.

Porter took longer than a month to allow Bret Walker SC to represent Collaery, initially under the flimsy pretext of “national security”. He then chose to drag the case out multiple times. It is still not resolved.

“I think a finger needs to be pulled out to make it happen as quickly as possible.”

“… any benefit to the appellant in briefing Mr Walker with regard to the appeal in this court was likely to be significantly reduced if not lost entirely. I consider this to be unfair to the appellant.”

The Government’s desire to keep the trial secret goes against all tenets of a fair democracy and better illustrates Australia being a police state than any health order. Yet, all the organisations that have decried these lockdowns as an affront to democracy are nowhere to be found on this case.

This isn’t where the hypocrisy ends of course. More duplicitous was Liberal Senator Concetta Fierravanti-Wells when appearing on Alan Jones programme on 3 June.

“Police brutality shouldn’t occur here in Australia, but regrettably what we’re seeing here in Victoria is very much a police state.”

The Senator represents the same government that passed a bill in August allowing authorities to modify and delete data. This is despite the Greens and independent Rex Patrick voting against the bill due to various reviews and recommendations for added safeguards, which were rejected.

A lawyer at the Human Rights Law Centre, Kieran Pender, told Guardian Australia that he disagreed with the broad discretion of the bill.

“… are unprecedented and extraordinarily intrusive, they should have been narrowed to what is strictly necessary and subject to robust safeguards.”

The Senator’s claim is almost burying your head in the sand stuff. For her to act like police brutality hasn’t been hugely prevalent in Australia for a long time is highly disingenuous. Australia was founded on an invasion, and since then, has seen untold aggression from authorities, often against the most displaced people in society.

The lockdowns in all states, both Liberal and Labor, have unfairly targeted people of ethnic backgrounds.

Before the second wave lockdown in July 2020, nine housing towers in Flemington were completely locked up, with next to no notice. In December 2020, the Victorian Ombudsman found that this breached the residents’ human rights.

Suburbs in Western Sydney, which are hubs of multiculturalism, are subjected to some of the harshest lockdowns in the country, whilst people in the affluent eastern suburbs have been allowed to sunbake on the beaches of Bondi.

Despite fears of police overreach, NSW Police Commissioner Mick Fuller said police who unfairly give fines out will not be punished. Lawyers Weekly paraphrased the Commissioner by saying that he ‘gave permission for them to be wrong’.

This is in stark contrast to the people who have been fined, during this lockdown and also in the past. Police already have incredibly broad powers of enforcement and discretion. This is shown in the huge discrepancy between indigenous and non-indigenous offenders in prison. In a Guardian Australia study, the levels of incarceration between the two groups, for the same crime, differed by over 30 per cent.

To somehow imply that Victoria is a police state when the Senator’s own government has consistently sought to undermine the rule of law is gross hypocrisy.

More importantly, to imply that the new overreaches by various governments in Australia is new – now that is impacts people of relative affluence – is nothing more than a sad indictment on where peoples’ convictions lie.