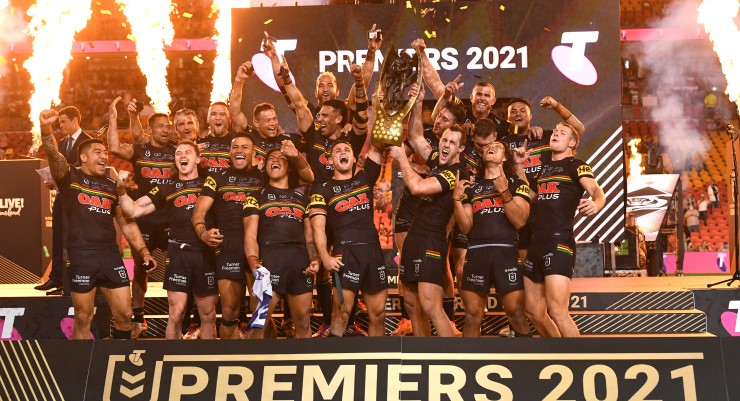 Last night’s 14-12 win by the Panthers over the Rabbitohs on Nine was a classic rugby league grand final for the ages.

Unlike the one-sided win by Melbourne in the AFL grand final eight nights before, Sunday night’s 14-12 win by Penrith over Souths was a classic rugby league grand final for the ages. And it pitted western Sydney (forgotten by the Coalition governments in Sydney and Canberra) against another forgotten area, South Sydney. Unlike the well-connected Easts, Manly and Melbourne Storm, the grand final saw one of the competition’s newer clubs in Penrith pitted against one of the oldest with 21 premierships.

The game averaged a very high 3.23 million nationally, the best for four years. The metro audience topped 2.2 million and the regional audience topped the million mark for the first time in a while at 1.03 million viewers. With two Sydney clubs in the grand final, the audience in the city was a very high 1.12 million.

The AFL grand final, of course, topped the NRL with 3.91 million, but after a season of moderate to indifferent TV audience figures, the grand final ended with a bang. It was higher than 2020’s 2.96 million in late October (it was late because of COVID. That’s when Melbourne beat Penrith in what turned out to be a cliffhanger, and it was certainly considerably better than the 2.61 million who watched Easts beat Canberra in 2019 which was pre-pandemic.