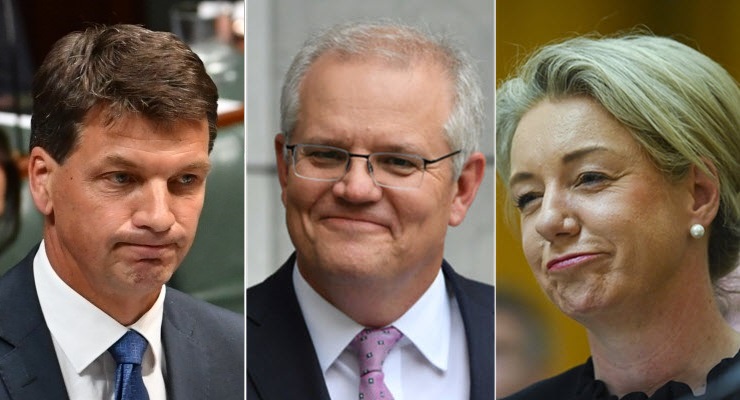 If we had a federal anti-corruption commission, how many members of the Morrison ministry would have had to do a Gladys by now?

To be clear, “doing a Gladys” means recognising that your position as a serving minister is untenable, because you are under investigation over allegations of possible corrupt conduct in public office. It is conventional and unremarkable that a person holding an office of public trust must stand aside while they are under a cloud relating to their fitness for that office.

Contrary to popular opinion, Gladys Berejiklian has not been forced from office. She had no proper choice but to stand down as premier while the Independent Commission Against Corruption (ICAC) conducts its hearing, although there was no need (and nobody was calling) for her to resign from Parliament altogether. If cleared, she could have resumed her job; it was her choice to foreclose that possibility.

The matters ICAC is investigating are whether Berejiklian committed a breach of public trust in relation to large grants given to a clay target association and music conservatorium in Wagga Wagga in 2017-2018, when she had an undisclosed personal relationship with the local MP, Daryl Maguire. Further, whether she knew or suspected Maguire was engaging in corrupt conduct and failed to report it as she was required to do by the ICAC Act.

If ICAC had a federal equivalent with the same legislation and powers, who would be in its sights? On the assumption that it was currently conducting investigations or inquiries into the allegations of corrupt conduct listed below, which ministers would be sitting on the backbench instead, waiting for their names to be cleared?

Nothing in the list below qualifies as more than an allegation and all of the ministers are entitled, as is Berejiklian, to the presumption of innocence. However, in each case there are serious questions of possible impropriety which have not been subjected to the kind of fully independent inquiry which an anti-corruption body would conduct. It’s reasonable to suggest that these ministers currently occupy their posts under unresolved clouds.

“Watergate” ($80 million of public money used to buy water licences from a company of which Taylor had been a director) and “Grassgate” (illegal land clearing by a Taylor family company about his involvement in which he allegedly misled Parliament), and the allegation that his office forged a document to discredit Sydney Lord Mayor Clover Moore.

Intervened to give visas to two European au pairs, allegedly misled Parliament by claiming he had no connection to their employers.

Approved the $80 million purchase of water rights worth $1.4 million in the “Watergate” affair; was paid $675,000 as special envoy for drought while filing no reports of any actual work; claimed $5500 expenses as “overseas study” for him and his wife to fly by private jet to India for the wedding of the grandchild of Gina Rinehart’s business associate.

Drawn into Angus Taylor’s “Grassgate” scandal, with allegations that his office sought advice about watering down grasslands protections in secret, for Taylor’s benefit.

Fast-tracked a $10 million grant (on top of a previous $30 million grant to support women’s sport) to Foxtel with no competitive tender or grants process but following direct representations from Foxtel; appointed failed Liberal Party candidate to SBS board, ignoring the recommendations of an independent panel.

Allegedly used taxpayer-funded staff for political tasks including branch-stacking and smear campaigns; cleared by an investigation conducted by the law firm at which he used to work.

Responsible for the $660 million car parks fund, denied personal knowledge of list that targeted top 20 marginal seats for grants which allegedly originated in his office.

Alleged misuse of expense allowances: claimed $76,000 for a seven-day trip to the US, and travel expenses for a trip to the Gold Coast during which she purchased an investment property.

His office appears to have had its fingers all over both the sports rorts and car parks rorts affairs; also, the weird lying about trying to get Brian Houston a seat at the White House dinner.

And just a reminder: Scott Morrison promised to establish a federal anti-corruption body in December 2018. Three years on, all we have is an ever-growing list of reasons why we can conclude he was lying.