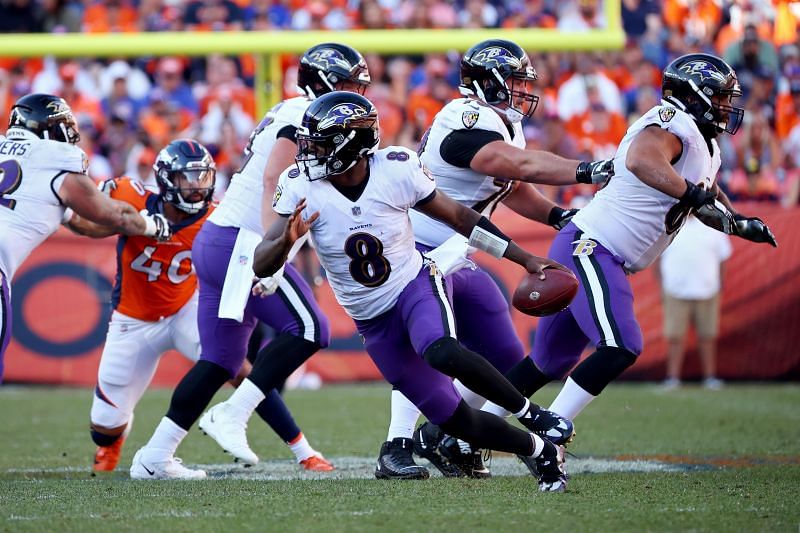 With just three seconds left on the clock in their game against the Denver Broncos, the Baltimore Ravens decided to run an offensive play instead of kneeling to run out the clock and securing the win. It turns out there was a valid reason to do so.

Before the final snap of the game, the Ravens had 97 rushing yards. Lamar Jacksontook the snap, ran to the left, and slid to end the game as soon as he got five yards on the play.

The play didn’t affect the outcome of the game, but history was made with the run. The Ravens extended their streak of rushing for at least 100 yards to 43 games by gaining those five yards at the end, tying an all-time NFL record held by the 1974-77 Pittsburgh Steelers.

Ravens coach John Harbaugh confirmed it was his call

In the post-game press conference following the game, Baltimore Ravens head coach John Harbaugh confirmed that he made the call to run one final play to achieve the milestone. He said:

“Oh yes, that was 100% my call. That’s just one of these things that it’s meaningful. I think that, as a head coach, you’ve got to be mindful of your team, your players, your coaches, and what it means to them. It’s a very, very tough record to accomplish, and it’s a long-term record, so I’m not going to say it’s more important than winning the game, for sure, and it’s certainly not, but as a head coach, you do that for your players and for your coaches, and that’s something they’ll have for the rest of their lives.”

Harbaugh is making a valid point – these things matter, and the players and coaches love this. It’s not a sign of disrespect for the Broncos at all, as even the coach made sure to state that it wasn’t more important than winning the game.

The Ravens had a statement win on the back of the record, beating the then-undefeated Denver Broncos while holding their offense to just seven points. Lamar Jackson was incredible, throwing for more than 300 yards against one of the best defenses in the league.

Q. Will the Ravens win the AFC North?