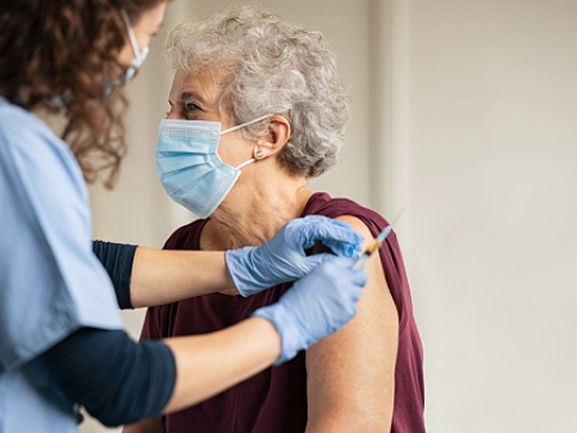 The stories from across the world are similar. In those countries where anti-vaccination mythology is rife, vaccine hesitancy is a major problem.

Just recently, Marcus Birks appeared from his hospital bed on the BBC.

Breathing heavily from his intensive care unit he said:

“If you haven’t been ill, you don’t think you’re going to get ill, so you listen to the [anti-vaccine] stuff.”

He spoke of his regret at not being vaccinated:

“First thing I am going [to] tell all my family to do is get the vaccine and [then] anybody I see. And as soon as I can get it, I am definitely getting it.”

Aged just 40, Marcus died on 27 August, leaving his wife who is pregnant with their first child.

Suicidal hesitancy or lack of supply?

Propagandists, who appear to be heavily influenced by Christian nationalist anti-vaxxer ideologues from the USA, are circulating lies about vaccine content, false claims that vaccination makes men impotent and women infertile, and even claims to First Nations people in WA that vaccination is Satanic.

Doctors in Sydney’s southwest, where infection rates are immense, have reported that they are getting threatening letters and demands for vaccine exemptions from patients who have been misled by anti-vaxx misinformation. This is in areas where general vaccination rates have always been high.

As one GP said:

“If you’re selfish enough to refuse the vaccine, you could make yourself very sick and someone could die because of you.”

One way in which governments are trying to deal with this suicidal vaccine hesitancy is to impose various levels of compulsion upon their citizenry — in an effort to save lives and damp down the spread of the plague.

Britain has made vaccination mandatory for home care workers and will soon require it for health workers. Nightclubs and other venues required proof of full vaccination from 14 September.

Canada already requires patrons of non-essential businesses such as restaurants and cinemas to be vaccinated and Federal public servants and transportation workers by the end of October.

Some 3,000 workers have been suspended in France for not complying with mandatory vaccinations in hospitals, care homes and health centres.

Lebanon limits entry to restaurants, cafes, pubs and beaches to people holding vaccine certificates or those who have taken antibody tests.

Saudi Arabia has mandated vaccines for all public and private sector workers and for entry to educational establishments.

Turkey requires negative COVID-19 test results and proof of vaccination from teachers as schools reopen in September and for domestic travel, as well as a negative PCR test for those who are unvaccinated to enter concerts, cinemas and theatres.

Hume and Wyndham LGAs in Melbourne Victoria were the worst hit by infections last year but this year it is Hume.

All are large, culturally diverse blue-collar local government areas with a high proportion of Muslims.

As reported in The Guardian:

By Friday, there were 1,646 cases in the City of Hume, more than a third of all infections in Melbourne. Meanwhile, vaccination rates are among the lowest in the state.

Dr Umber Rind runs a GP clinic in the Hume suburb of Campbellfield, where there are currently 143 active cases.

Rind requested access to administer Pfizer doses at the start of the rollout, but her clinic is yet to receive a single dose.

“On Friday we missed our [first] Pfizer delivery because our clinic was closed as a tier 1 site,” she says. “Now we’re still waiting for it to be redelivered.”

Like the southwestern suburbs of Sydney where infection rates have skyrocketed and where lockdowns have been harshly policed, voices are being raised as to the inequality the pandemic is exposing:

“I felt it was inequality,” says Rind. “I knew in the eastern suburbs, people were going to their GP clinics for Pfizer. Why did our clinics not have Pfizer and in the affluent suburbs Pfizer was freely available?”

“Until a week ago, we only had eight general practices in Hume administering Pfizer,” says [Mayor of Hume] Joseph Haweil. “And this is a municipality where the average age is 33.”

Lack of vaccine supply, due to incompetent Federal Government planning, inadequate quarantine facilities, allowing infection outbreaks into the community, anti-vaxx propaganda spewing forth from the Christian nationalist sinkholes of the Old South of the USA being swallowed around the world from social media, have all added up to a disaster which could get much worse before it gets better.

Vaccine hesitancy is being blamed for infections spreading so quickly in the multicultural working-class suburbs of Sydney and Melbourne. But while lack of vaccine supply is still a major issue, that cannot be used by the authorities as an excuse for the spread of the plague.