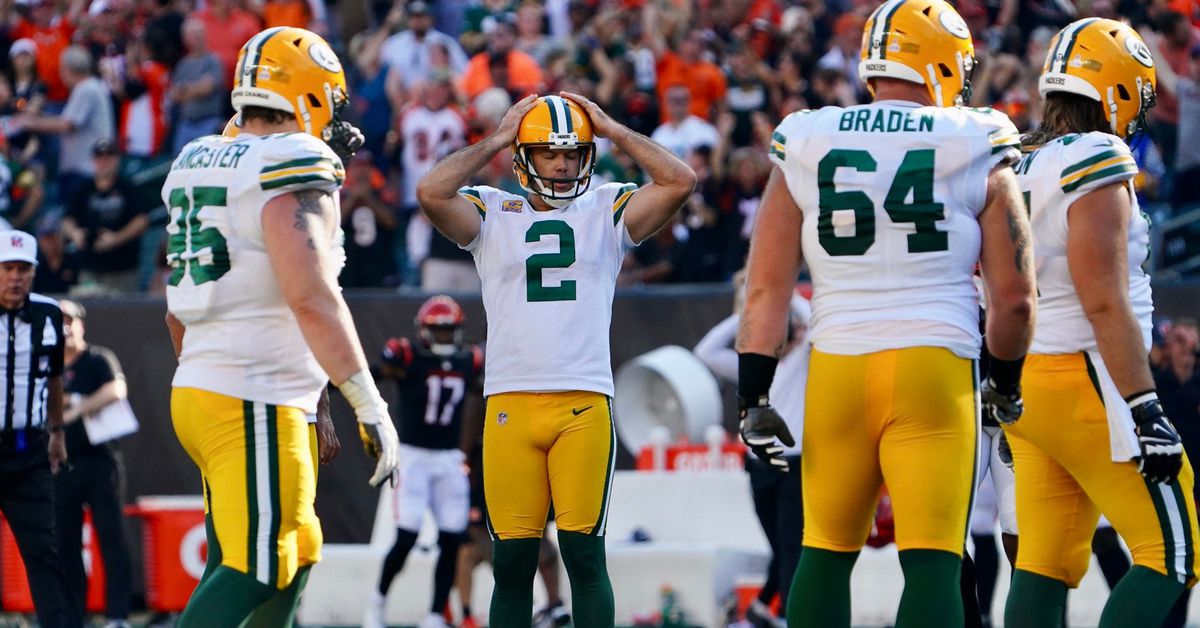 NFL kickers have strangely found themselves in the spotlight throughout the start of the 2021 NFL season. In the month of September alone, NFL kickers made 10 game-winning field goals at either the end of regulation or in overtime. You can watch them all here. That list includes Justin Tucker’s league-record 66-yard bomb to beat the Detroit Lions in Week 3, which exists as one of the most memorable moments of this season so far.

Week 5 got off to a bad start for kickers when Rams kicker Matt Gay missed an extra point on the Rams’ first touchdown against the Seattle Seahawks during Thursday Night Football. That set the stage for what can only be described as one of the roughest days in league history for kickers. Sunday’s action got off to a bad start when Jets kicker Matt Ammendola missed an extra-point attempt on the Jets’ first touchdown of the day in their early loss to the Atlanta Falcons in London.

In Week 5, kickers missed 12 extra points, which ties an NFL record. Kickers also missed 12 field goals on the day. Per ESPN, it’s the first week to have at least 10 missed field goals and at least 10 missed extra points since the point after touchdown was moved back from the 2-yard-line to the 15-yard-line in 2015. The 12 missed PATs ties a mark set in 2016, per the NFL.

With the Chargers’ 2nd missed PAT of the game, there have now been 12 missed PATs across the NFL in Week 5

That ties Week 11, 2016 for the most missed PATs across the league in a single week in the Super Bowl era

Nothing epitomized the rollercoaster day for kickers on Sunday quite like the Green Bay Packers vs. Cincinnati Bengals game. Green Bay kicker Mason Crosby had made 27 straight field goals coming into the afternoon, but he missed three clutch field goals and an extra point on Sunday before eventually making the game-winner.

With the Packers and Bengals tied at 22 with 2:12 left, Crosby shanked a 36-yarder wide left. The Bengals then drove into field goal range for their own go-ahead field goal attempt, but Evan McPherson missed from 57 yards away.

After a quick strike from Aaron Rodgers to Davante Adams, the Packers put Crosby in position to be the hero again. Instead, he missed from 51 yards away to send the game into overtime.

The Packers intercepted Joe Burrow early in overtime to set up another game-winning field goal chance for Crosby. He missed that one, too. That gave Cincinnati’s McPherson another chance at the game-winner, which he also missed.

Crosby would eventually make a 49-yard field goal to give the Packers the win.

The Chargers also had kicking struggles, because of course they did. Kicking has been a major issue for the franchise in recent years, and it struck again when Tristan Vizcaino missed a pair of extra points, including one that would have tied the game at 42 after Austin Ekeler took a screen pass to the house with just over three minutes left. Vizcaino has now missed four extra points on the season, but the Chargers would still come away with the win over the Cleveland Browns.

The Patriots’ tight win over the Texans featured three missed extra points in a row. Houston’s Kai Fairbairn biffed the PAT on his team’s first score, and Patriots kicker Nick Folk responded by missing his own PAT on the Patriots’ first touchdown. When the Texans answered with another touchdown, Fairbairn missed another extra point. Unbelievable.

Jaguars kicker Matthew Wright missed the extra point on Jacksonville’s first touchdown of the day. Cody Parkey of the New Orleans Saints missed an extra point after a touchdown by Alvin Kamara against Washington.

For all the pain for kickers in Week 5, one of the best moments of the week came when the Vikings beat the Lions at the buzzer on a 54-yard field goal from Greg Joseph. He was carried off the field by his teammates.

OK, so maybe that wasn’t a highlight of the week for Dan Campell. Kickers are all apparently super clutch against the Lions, even from really deep.

The good news for the NFL’s kicking community after Sunday? There’s plenty of room for improvement heading into Week 6.