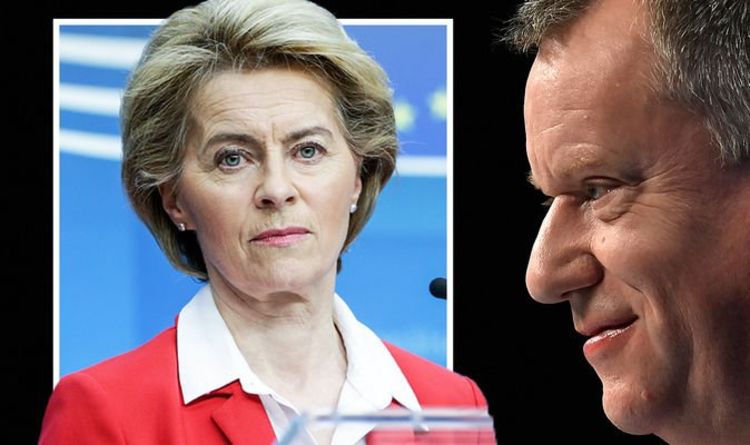 Sam Lowe, senior research fellow at The Centre for European Reform think tank, said Lord Frost’s expected statements on the CJEU’s role overseeing the treaty will have taken the EU by surprise, as Lord Frost himself agreed to the measure during the 2019 negotiations

Mr Lowe said: “The fear is that Frost is just adding things to his list of things to be upset about so as to ensure the EU can never properly satisfy the UK’s demands so he can keep this argument rolling on.”

Anand Menon, director of The UK in a Changing Europe think tank, said negotiations over the protocol could last for years even if the UK does carry out its threat to trigger Article 16 and suspend the treaty.

He said: “It would just be more of the same – it’s very technical, it’s very legalistic and you won’t have the ‘gotcha’ moment.”