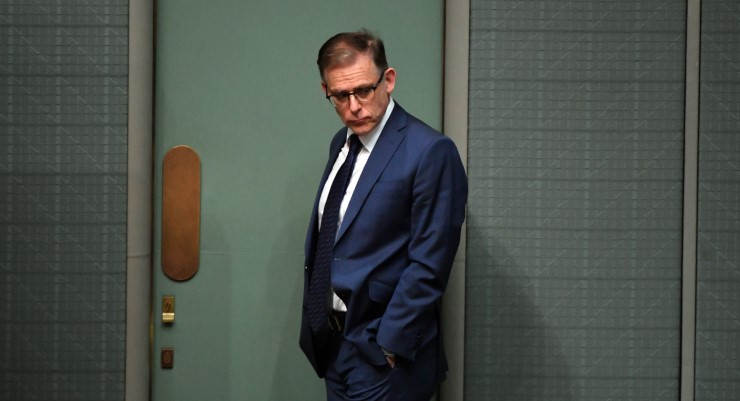 Unless an MP or minister has an attack of the principles, there’s no way federal rorting will be exposed with the proposed weak integrity body.

Federal Victorian Labor MP Anthony Byrne continued his one-man demolition of branch stacking within the Victorian ALP yesterday, taking out yet another Andrews government minister, Luke Donnellan, who admitted to branch stacking after Byrne outed him in evidence to Victoria’s Independent Broad-based Anti-corruption Commission inquiry into the moderate Labor faction.

Byrne — professing he had long harboured a desire to clean up a party branch increasingly under the control of now-exiled Adem Somyurek — discussed an environment in which former ministers Somyurek and Marlene Kairouz coerced ministerial and electorate staff into undertaking factional work, one in which his lack of factional recruitment after a “demilitarisation” deal with the socialist left faction was criticised, discussed the ramp-up of branch stacking in 2019 by Somyurek to remove socialist left parliamentarians, the continuing use of state ministerial staff for branch stacking, the use of federal electorate office staff for branch stacking out of Byrne’s office, and the appointment of staff in Byrne’s office, paid for by taxpayers, who never showed up.

The only reason any detail of the misuse of taxpayers funding Labor factional work has come out is because a state-based integrity commission is investigating the matter, and because Byrne decided he’d had a gutful of the corruption within his party and the activity of Somyurek.