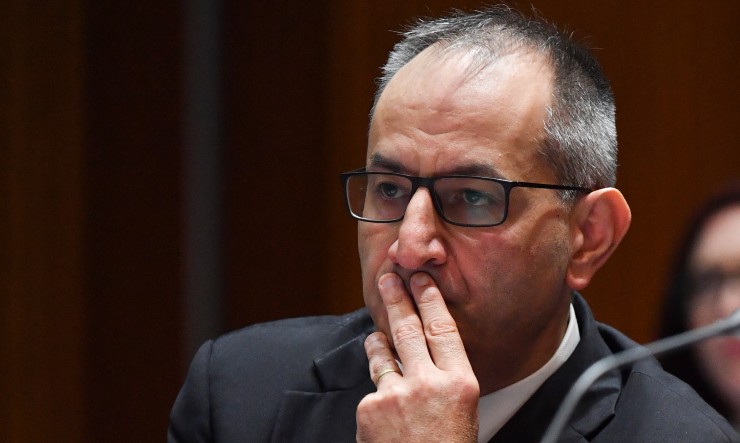 A Howard-era contract to fly surveillance flights over Australia’s maritime borders, worth nearly $1.2 billion over 15 years, has been savaged by the auditor-general in another demonstration of the systemic management failures of the Home Affairs Department and Australian Border Force.

Since 2006, Surveillance Australia — an arm of UK defence and national security contractor Cobham plc — has been operating surveillance flights from Darwin, Cairns, Broome and Horn Island in the Torres Strait for the succession of border agencies in place since then.

A report from the Australian National Audit Office shows that during that time costs have blown out by nearly 30% due to variations in the contract made by the government — despite it never receiving the services it originally contracted for. The contract began with only six out of a contracted 10 compliant aircraft provided and 17 out of 26 aircrews. The contractor has never met its contracted number of hours flown in any year; more than a third of all flights were curtailed or cancelled, and on average a third of the contracted aircrews were never available.

Despite that, Home Affairs “has continued to pay the full amount for services and aircrew it has not received”. It rarely used performance penalties despite these being available in the contract. It never properly trained staff in the area overseeing the contract, and it never bothered developing any sort of plan to manage a contract that was originally costing about $100 million a year.

Home Affairs’ response to these problems was simply to use taxpayers as an ATM. In 2019, with funding allocated for the contract due to run out nearly two years before the contract expired, the government agreed to bump up the contract funding by another half a billion dollars.

Then, last year, Home Affairs redid its sums and advised it needed another $27 million for the contract, so the government granted that as well.

“This represented an average annual cost of more than $117.6 million, 19% higher than had been authorised when the contract was entered into,” the auditors said.

And Home Affairs and its predecessor organisations didn’t even bother keeping proper records. More than $450 million was paid out without proper approval; invoices that were known to be wrong were paid, and costs that were outside the contract, or beyond the timetable of the contract, were paid by taxpayers because Home Affairs couldn’t find its records.

Remarkably, the Department of Finance seems to have been unfazed by Home Affairs’ inability to keep proper records or effectively manage the contract, and readily agreed to additional funding.

Home Affairs’ performance stands in stark contrast to the Department of Infrastructure’s management of a similar contract for the Australian Maritime Safety Authority to provide aerial search and rescue flights, which was won by Cobham in 2010. The management of that contract, which will eventually be worth more than $600 million, was praised by the ANAO in January, with all contracted services delivered and AMSA effectively monitoring the contract.

Home Affairs’ mismanagement of the contract, which significantly predates the current executive and current government, illustrates a persistent deep-seated inability to effectively run major contracts within the agencies of that department. This is only the latest of a series of (invariably “scathing”) critical audits of major contracts overseen by Home Affairs or its predecessor bodies relating to offshore detention facilities, the Cape Class patrol boat facilities, visa and citizenship application management and the notorious Paladin contract.

At no stage have any executives or ministers been held accountable for this litany of debacles. At least in relation to offshore detention, the department could plead the haste with which it was required by the Gillard government to reestablish offshore processing centres, but there is no excuse for long-term contracts established more than 15 years ago.

What is equally worrying is that, under the current government, even dating back to the Abbott years, at no stage have central agencies acted as a brake on Home Affairs’ persistent demand for extra funding, or queried why it has so regularly failed to meet its performance goals. The days of the Department of Finance being a scourge of line departments appears over.

As the ANAO notes, a significant problem with managing the Home Affairs contract has been high staff turnover — a strong tradition at Home Affairs and its predecessor organisations. Currently there are 45 SES positions unfilled or being acted in across the portfolio (up from two years ago), and another nine in Australian Border Force.