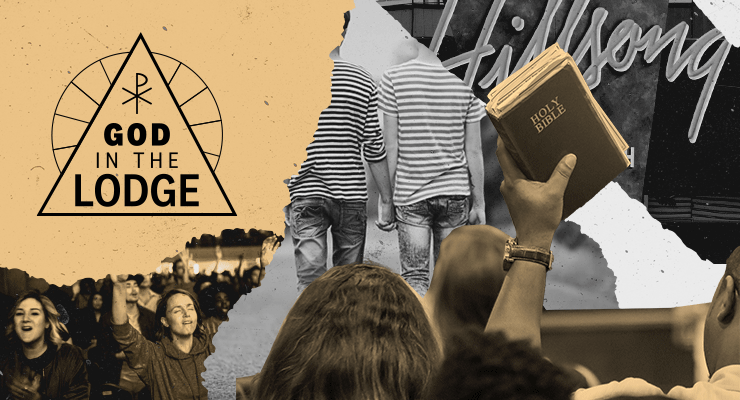 This is part three of God in The Lodge. Read part one here, and part two here.

When Scott Morrison led the Coalition to victory in the “I believe in miracles” election on May 18, 2019, it became clear he was here to stay. Yet little was known about the man many assumed was little more than a nightwatchman prime minister.

But one thing was known: he had been open about his Pentecostalism — an enigmatic form of Christianity which is poorly understood in Australia.

I can claim personal familiarity. Apart from conducting ethnographic research in Pentecostal-charismatic churches, I grew up attending one. So what’s it like inside?

Pentecostal-charismatic spirituality is dominated by the “worship service”, a space for spiritual “encounters” with God. Catalysing these encounters, typically, is an extensive music ministry, which tends to be one of the most important elements in a service. There are photos of Morrison in the Horizon church in Sydney’s Sutherland shire with his hands raised and his eyes closed. This is typical of a Pentecostal-charismatic believer singing along to the music produced by the worship band and experiencing the encounter — akin to an ecstatic trance.

There are some elements of what I call Pentecostal-charismatic Christianity that are, I would argue, useful for understanding the shape of Morrison’s leadership. Of particular interest and concern is Pentecostal-charismatic Christianity’s seeming lack of resistance to an even newer phenomenon to which Morrison is even more devoted — neoliberalism. But to get there, I have to back up a little.

Pentecostalism is not one thing. It never was. It has at least three discrete origin stories, the most popular being that of the Azusa Street Revival of 1906 in Los Angeles — a movement known for its racial integration and equality, as well as divine healing and speaking in tongues as a direct experience of the Holy Spirit.

There is a historic link to Methodism. Methodists traditionally emphasised the importance of emotion in faith, and put a premium on “sanctification”, or becoming increasingly holy. Faith was supposed to change emotions and character, aligning them morally to God’s will.

Methodism’s focus on emotional experience of faith, moral transformation and suspicion of theological study, combined with the Holiness Movement’s belief in a “second blessing” (predicated on the idea that the Holy Spirit completes a secondary work of “entire sanctification”) form the philosophical and theological antecedents of Pentecostalism.

The early Pentecostal movement was characterised by a “pre-millennial” theology, which that Jesus would imminently return and commence a 1000-year reign upon the earth. This emphasis on the return of Jesus led early Pentecostals to engage feverishly in mission, one factor that helps explain the movement’s explosive growth.

Pentecostal-charismatic Christians tend to take a highly literal view of the Bible, which is not surprising given that the movement was (and usually still is) perceived as a restoration of the experience of the church in the New Testament, including reports of healings, speaking in tongues, prophecy and exorcism.

Pentecostal-charismatic Christians take a highly pragmatic approach to life and faith, believing that a “commonsense” interpretation of the Bible and doctrine is probably correct, and the most important thing is to get busy doing God’s work. While they typically place high value on individual morality, this pragmatism means they have historically tended to be less concerned about structural issues such as inequality, racism and sexism.

Such things are more likely to be viewed as individual problems, rather than something that can be addressed politically. Their commonsense literal view of the Bible also means that Pentecostal-charismatic Christians tend to a moral conservatism which may seem at odds with their exuberant spirituality.

For instance, most Pentecostal-charismatic churches would take a conservative position on LGBTQ+ sexuality, believing that acting upon sexual desire for those of the same gender is proscribed by the Bible. In the past, Pentecostal-charismatic Christians have been enthusiastic advocates for various forms of conversion therapy or sexual orientation change efforts — particularly forms of this that rely upon prayer for miraculous healing.

It is unclear how much Morrison’s Pentecostal-charismatic faith influences his governance or approach to policy, particularly when we consider how disparate and diverse that faith has been historically and remains. Arguably his allegiance to neoliberalism, which at times had formed an odd amalgam with his faith, helps explain him better.

In the past, I have argued that Pentecostal-charismatic Christianity may be particularly vulnerable to some aspects of neoliberal totalisation. The ubiquity of entrepreneurship, increasingly perceived as an innocent metaphor for “innovative” approaches to solving problems — “an entrepreneurial approach” and even “social entrepreneurship” have entered everyday parlance — is particularly attractive to Pentecostal-charismatic churches and their leaders.

The pastorpreneur is someone prepared to take great personal financial risk — leaving a secure job and salary — to meet a need or desire, in this case “to work with people who had given up on the traditional church but had not given up on God”.

Neoliberalism is bred in Morrison’s bones, and the unholy alliance of his faith and neoliberal ideology was on display in his address to the Australian Christian Churches National Conference in April. Morrison recalled that, in the week before the election, he had been praying while looking at a photograph of an eagle, and received — in Pentecostal-charismatic fashion — a direct communication from God: “Scott, you’ve got to run to not grow weary. You’ve got to walk to not grow faint. You’ve got to spread your wings like an eagle to soar like an eagle.”

These fragmented biblical references also display Morrison’s adherence to the neoliberal doctrine of responsibilisation: if you want something, you must achieve it, no one (apparently not even God) is going to support you. Similarly, responsibilisation was also evident in Morrison’s maiden speech in Parliament when he reconfigured fairness: “I think that’s what fairness means in this country. It’s not about everybody getting the same thing. If you put in, you get to take out. And you get to keep more.”

Will COVID-19 finally bring his soaring flight crashing down, or will the coming election be an even more spectacular miracle? I don’t pretend to know.

Tomorrow: Morrison’s political deeds and actions through a godly lens