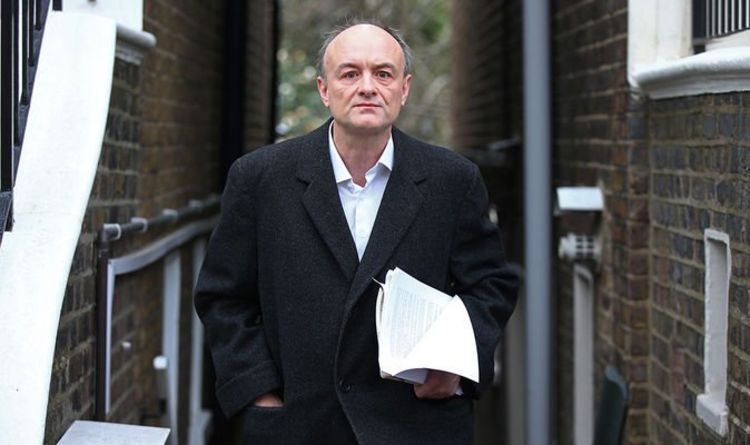 In a series of tweets posted last night, the former Downing Street and Vote Leave adviser said they “wriggled through with [the] best option we could” and “prioritised” getting a Brexit deal. He said he “always intended an [Internal Markets Bill] after we won a majority to tidy things up”.

The Internal Markets Bill was passed in December 2020 to ensure smooth trade between the four nations of the United Kingdom – including Northern Ireland.

Some clauses, specifically relating to trade with Northern Ireland, broke international law “in a very specific and limited way”, causing consternation within the EU.

Yesterday Brexit Secretary Lord Frost proposed a new legal text to replace the Northern Ireland Protocol agreed with the EU at the end of last year, owing to the issues that it has since caused.

He has threatened to trigger Article 16 of the agreement – which would allow the Government override parts of it – if the EU remained steadfast in its position.

Responding to criticisms that the UK had broken international law with the passing of the Internal Markets Bill, he said that “states break it every week”, and that “the idea it’s the epitome of morality is low-grade student politics pushed by lawyers/officials to constrain politics they oppose”.

He added that the Government’s job was to “focus on solving problems” and should “chill” when it came to international law.

Commenting on the political landscape following the Brexit referendum, he said Brexiteers took over a party polling on around 10 percent with the “worst constitutional crisis in a century”.

Mr Cummings claimed that the “deep state” were also “angling” for a Brexit-in-name-only deal or a second referendum.

He added: “For all those whining, you try solving a once-a-century constitutional crisis starting on 10 percent in [the] polls with [a] totally f**ked negotiating situation”.

Mr Cummings said when he arrived at Number 10, Whitehall was “hysterical”, the Cabinet was a “joke” and the country had a “shopping cart for PM”.

His remarks did not mean the PM was lying during the 2019 general election, he claimed, but that Mr Johnson “never had a Scooby Doo what the deal he signed meant”.

He alleged the Prime Minister did not know what the Customs Union was until November 2020 – a month before the Brexit agreement was reached.

Asked by former Tory Minister David Gauke what the probability the Internal Markets Bill leading to a no-deal Brexit, Mr Cummings replied that after its introduction, Brexit talks “immediately got much more serious”.

Referencing the ongoing energy crisis, Mr Cummings claimed we could “ditch” parts of the Northern Ireland Protocol “causing trouble […] without much fuss.”

However, he said that he thought it was very unlikely the PM would do this, adding he thought the Government would need a new leader.

His comments come as the European Commission plans to propose a resolution to the Northern Ireland Protocol dispute – in a sign Lord Frost’s negotiating tactics are working.

According to the Telegraph, the EU is willing to offer to remove 50 percent of customs checks on British goods entering Northern Ireland, and over half the checks on meat and plants.

In return, the EU would ask for “more data” to do “proper market surveillance”.