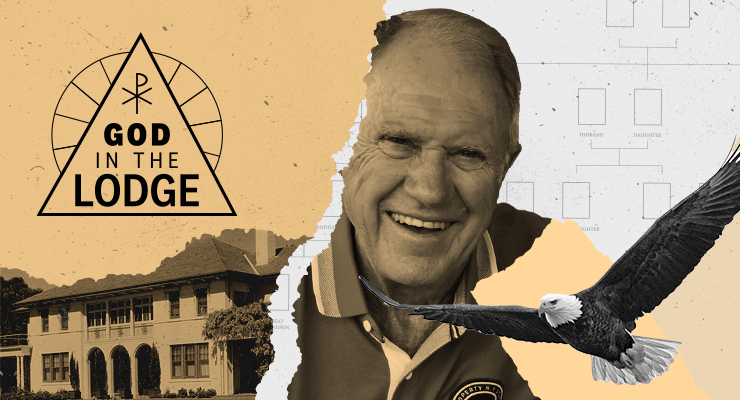 It seems the old adage that The Family that prays together stays together rings true for Scott Morrison. And it has for decades.

This is part five of God in the Lodge. Read part one here, and find the full series here.

Soon after Scott Morrison became prime minister in 2018 he invited one of the key figures in his life to dinner at the Lodge. That special guest was Bruce Baird, a former Liberal politician — and a physically towering figure — who has been Morrison’s patron, chief barracker, sponsor and guardian angel stretching back two decades.

Morrison had much to thank him for. Baird had spotted Morrison as a talent in the 1990s when Morrison worked under Baird at Tourism Australia. Baird then entered federal Parliament as the member for Cook in 1998 and when it came time to move on, he gave Morrison a quiet call alerting him to the possibility that he could take over his seat.