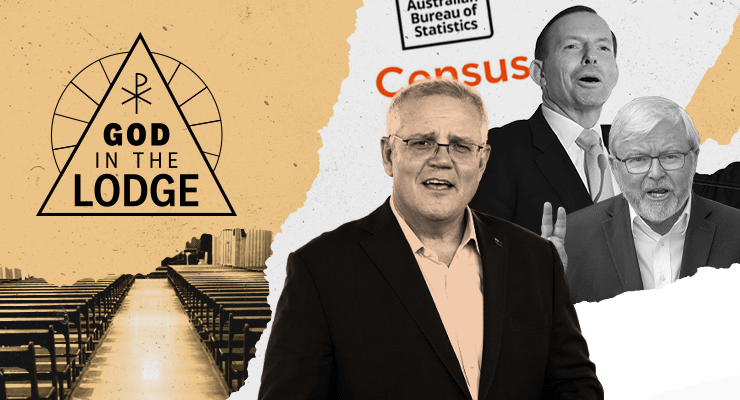 Few prime ministers have been as upfront about their faith as Scott Morrison, in a time when fewer and fewer Australians are identifying as religious. How does Morrison stack up to other PMs?

This is part six of the series God in the Lodge. Read part one here, and find the full series here.

Scott Morrison is a man of faith. There haven’t been too many Australian prime ministers distinguished by their faith. The others include Kevin Rudd and Tony Abbott; leaders who, ironically, surfaced at a time when Australians are less committed to religious practice than they have even been. “No religion”, as measured by the census, has risen to record highs.

Denomination, as distinct from faith, has been a distinguishing feature of Australian society and politics. This denominational history has attracted greater attention than what religious affiliation and/or belief actually meant to these men.