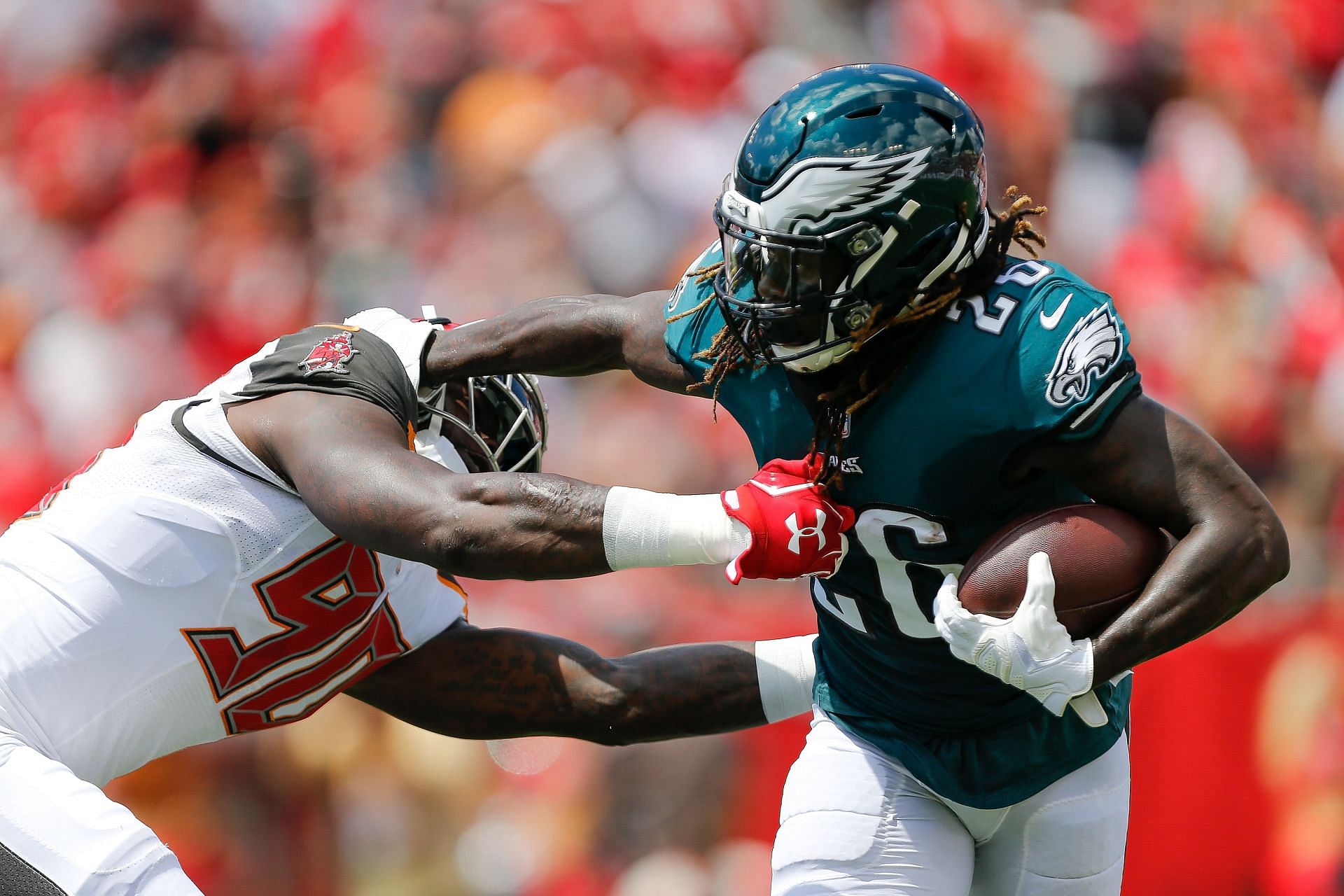 Tom Brady and his Tampa Bay Buccaneers face off against Jalen Hurts and the Philadelphia Eagles on Thursday Night Football.

The Buccaneers are coming off a 45-17 demolition of the Miami Dolphins in which Tom Brady threw for over 400 yards and five touchdown passes. The Eagles are coming off a come-from-behind win over the Carolina Panthers.

It’s hard to envision anything other than a Tampa Bay win. Fresh off a dominating win in which the offense did as it pleased, Brady and the Buccaneers should be able to put up points aplenty against the Eagles’ defense.

Jalen Hurts and the Eagles got a much-needed confidence boost after their win over the Panthers last week, but the Buccaneers are a different beast.

The Buccaneers defense has shown it has trouble stopping the pass, so that might be a weakness Hurts could exploit. However, this is a game the Buccaneers can and should be winning.

Buccaneers vs. Eagles Head to Head

The last time these two teams faced off against each other was back in September of 2018, in which the Buccaneers defeated the Eagles 27-21. Ryan Fitzpatrick was the quarterback for the Buccaneers, while Nick Foles was under center for the Eagles.

Brady’s last meeting with the Eagles was in Super Bowl LII when he and Nick Foles fought it out, with Brady throwing for over 500 yards and three touchdowns but ending up on the losing side.

Tom Brady and the Buccaneers will be looking to improve their record to 5-1 with a win over the Eagles. It should be a game Tampa wins. However, away from home and with the Eagles riding high on confidence after their win last week, it does present a dangerous game for Brady and co.