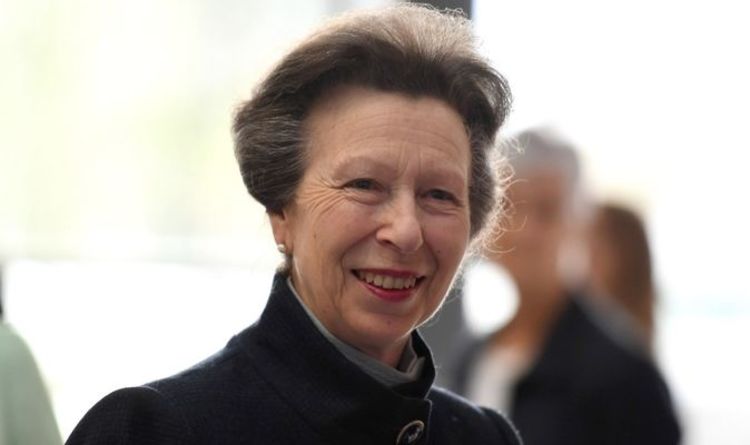 NHS nurse Ashleigh Linsdell, 31, met the Princess Royal, 71, at Windsor Castle on October 12. The A&E nurse, from Peterborough in Cambridgeshire, made the trip down to Berkshire to receive her well-deserved OBE.

But during the ceremony, the A&E nurse said Princess Anne made a characteristically quick-witted quip.

Speaking to the Press Association, Ms Linsdell said: “The first thing she said to me was, ‘So you’re an A&E nurse? You’re not going to be an A&E nurse for much longer!”

The OBE recipient responded: “This isn’t my first born and she did point out that at least I know what I’m doing.”

JUST IN: Meghan Markle and Harry are ‘stabbing royals in back’, says former butler Paul Burrell

The 31-year-old received the second-ranking Order of the British Empire after she launched the PPE campaign ‘For the Love of Scrubs’.

Ms Linsdell started the campaign while working at the Pilgrim Hospital in Boston, Lincolnshire, during the first COVID-19 wave in the spring of 2020.

According to Lincolnshire Live, the self-taught seamstress appealed for custom designers, tailors and seamstresses to help provide PPE for frontline NHS workers.

Before launching her campaign, the A&E nurse was forced to make her colleagues PPE after supplies ran out, meaning they were instead required to wear “undignified” paper clothing.

“Retired NHS workers and new volunteers for the pandemic can’t wear their own clothes, and there’s not enough uniform for them.”