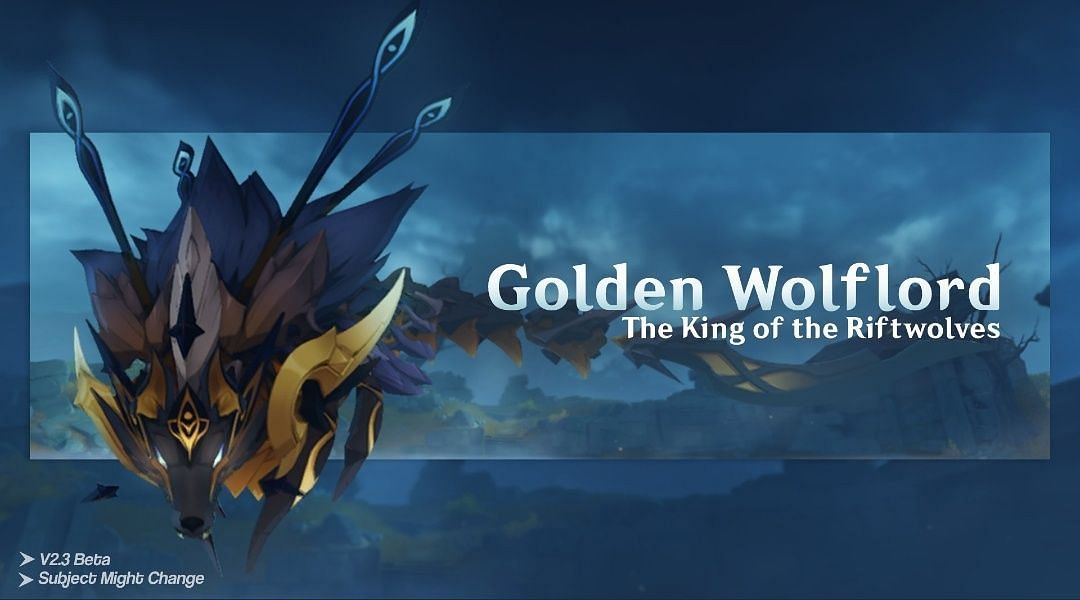 Genshin Impact 2.3 leaks have revealed a powerful new world boss that players will need to take down for materials and more. This giant beast can deal tons of damage and seems to wield the power of Geo with ease. The Golden Wolflord will be appearing in the next update, bringing items necessary for ascending characters like Arataki Itto, along with providing useful resources like weapon billets and more. Fans can learn more about this powerful foe, and prepare to face the Golden Wolflord in update 2.3.

Genshin Impact 2.3 leaks have revealed a new world boss to take down, and fans are definitely going to want to bring their strongest teams to face the Golden Wolflord. This powerful and massive Rifthound wields the power of Geo in massive sweeping attacks that can destroy an unprepared team. This boss will drop items needed to ascend characters like Arataki Itto, and fans who plan on summoning for the powerful Oni will need to take this wolf down.

The Golden Wolflord can summon minions to its side to provide it with shields and cause mayhem during the fight, along with summoning gales of wind and devastating blasts. Of course, since it is still a massive wolf, there are chomps and swipes to watch out for as well.

The king of the Riftwolves. The Golden Wolflord’s attacks can apply stacks of the “Corrosion” status, which will cause all characters in the party to continuously lose HP. In combat, the Wolflord will summon Rifthound Alphas to provide it with shields.

The king of the Riftwolves. The Golden Wolflord’s attacks can apply stacks of the “Corrosion” status, which will cause all characters in the party to continuously lose HP. In combat, the Wolflord will summon Rifthound Alphas to provide it with shields.

The Wolflord can also deal Corrosion, which will continuously drain the HP of characters in the party, even through shielding, making it a dangerous threat. Dealing with this Corrosion will make the battle a fierce one, and players will need to manage the health of their teams well. Genshin Impact 2.3 seems like it will be bringing a ton of new content to complete, and players won’t want to miss out on it.

Where will the Golden Wolflord be?

It’s likely that the Wolflord will be found in this arena on Tsurumi Island, as it is th perfect size for a new boss battle. It will likely become available after a new questline has been completed, and fans will be able to face the new boss in Genshin Impact 2.3.

Genshin Impact 2.3 leaks have continued to reveal more about the upcoming update, and this fierce new foe definitely seems like one that players will want to get ready for in advance.