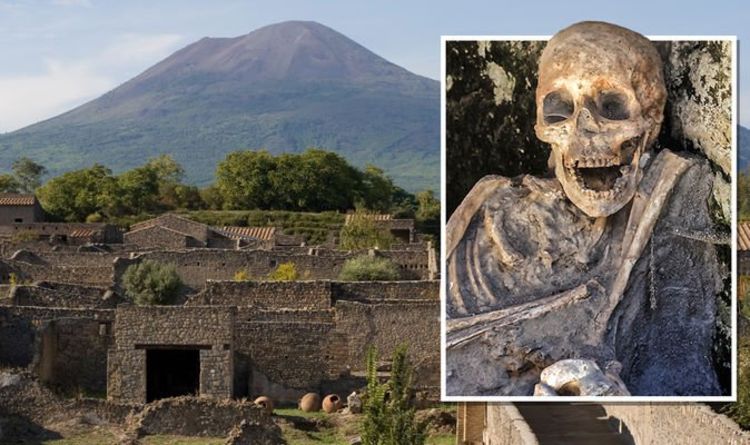 “A white-hot cloud that raced towards the sea at a speed of 100kmh (60mph), which was so dense that it had no oxygen in it.”

In a matter of minutes, the cataclysm engulfed the upper part of Herculaneum, indiscriminately killing people and animals.

According to the archaeologists, the man’s bones were stained red with blood in a truly blood-curdling twist of events.

The 4,200ft-tall Mount Vesuvius erupted in the summer or autumn of 79 AD, wiping out the Roman towns Pompeii, Herculaneum, Oplontis and Stabiae.

The eruption is widely considered one of the deadliest and best-known eruptions in European history and is estimated to have killed more than 1,000 people.