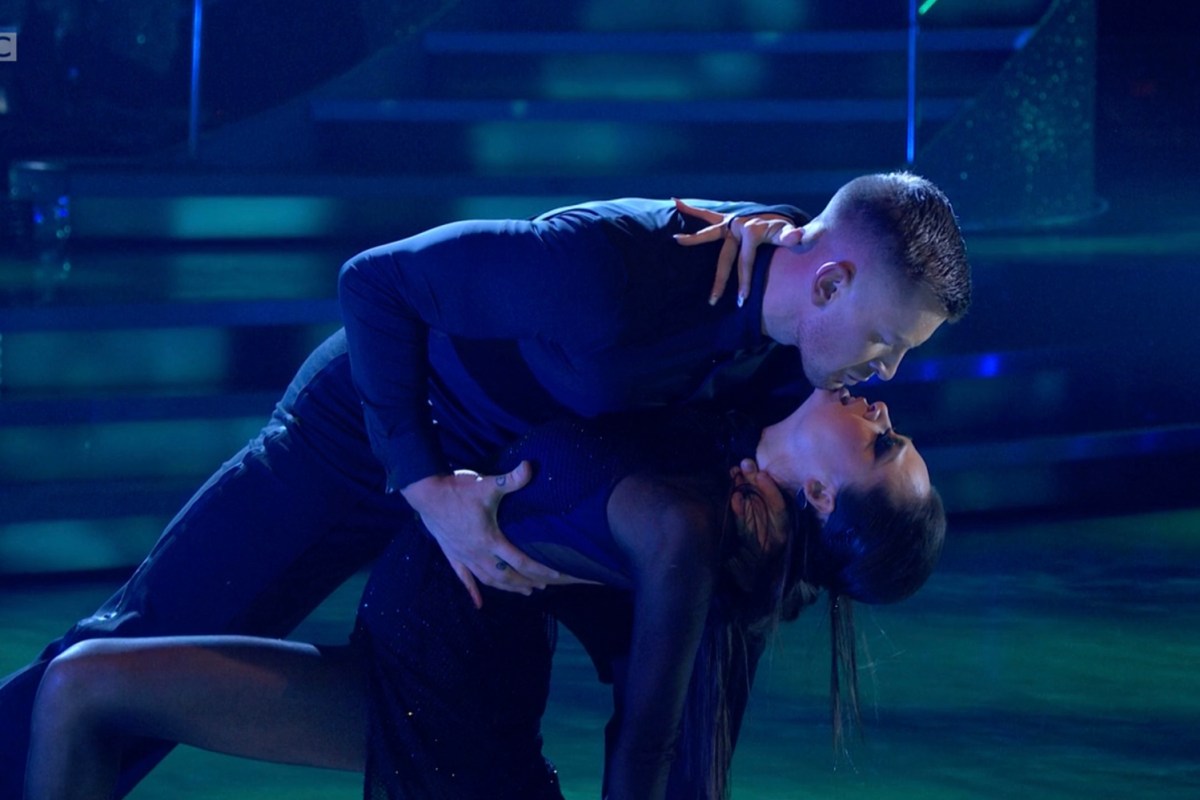 STRICTLY’S Adam Peaty has accused viewers of “getting carried away” after his ‘near-kiss’ with Katya Jones.

The pair produced a sizzling Argentine Tango on Saturday night that had some viewers convinced the Olympic swimmer came close to smooching his pro partner.

Speaking on today’s Zoe Ball Breakfast Show on BBC Radio 2, he said: “It’s about being believable as well. You don’t want to do a dance like that and not do it justice because you haven’t switched on right at the end.

“So it’s being believable and that’s what some people get carried away with.

Adam said he was nearly overwhelmed with adrenaline during the routine and knew they were performing well from the reaction in the studio.

He said: “It’s easy to get lost in the moment with the adrenaline, because I get so much adrenaline when performing, especially when she was on my shoulders and my arms were open.

“I looked at the other celebs that side of the room and I was like, ‘Yes, I am good here.’

“Then my head was like, ‘Calm down, calm down, because I’m not finished yet.’

“There was so much emotion at the end, and when we finished Katya made a noise.”

Russian pro Katya said they upped the passion factor after criticism from the judges about their connection.

She said: “The judges kept saying how much we weren’t connecting the emotion to the dance, there had to be more connection.

“They [their choreographers] were very specific about keeping the intensity throughout the entire dance, and so we made them really proud. They were so pleased with us.”

The dramatic routine saw the muscular athlete throw and toss Katya around in a series of mesmerising lifts.

It took its toll on her body though, and she is nursing bruises ahead of the couple’s samba next weekend.

She said: “Yesterday, and even today, my ribs and my core is bruised like it’s been hit by a train. It’s in so much pain.”

Despite her aches and pains, she’s convinced she and Adam have some special dances ahead.

“There’s nothing he can’t handle,” she said. “There’s so much potential yet to be revealed, and I think Argentine Tango is a big break for him.

“So onwards and upwards, and I’m going to keep pushing him hard.”