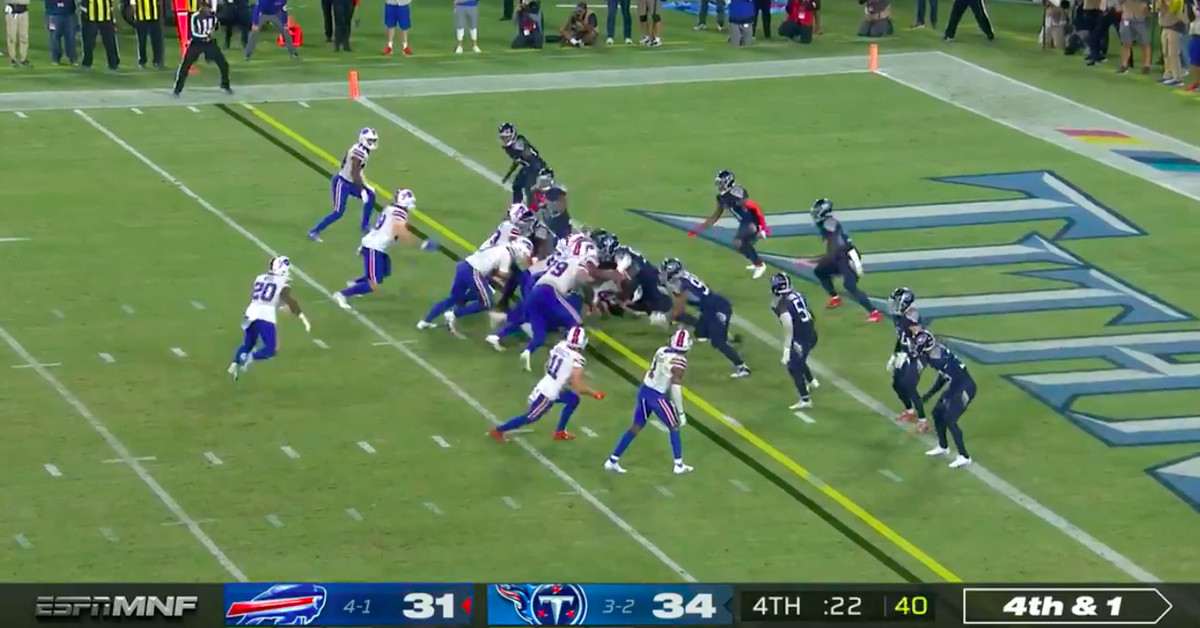 It’s incredibly important to have confidence in your team, but the Bills went a little too far on Monday Night Football. After the Titans were rolling the Bills had a chance to send the game to overtime, instead they went for the win and it backfired.

With 22 seconds left on the clock on a 4th and 1 down at the goal line, behind by three points the obvious decision would be to kick the field goal and play into overtime, but Buffalo thought they could send the game home and score the touchdown.

The team called John Allen’s number on a quarterback sneak. Allen took the snap and lost his footing, getting held up for no gain and costing the Bills a chance at the win.

The Bills really weren’t having trouble moving the ball on offense. Presumably if they received the kickoff in overtime there was a better-than-average chance they could have scored a touchdown and sealed it. However, the Titans were also gashing the Bills defense at this point — so it really was a toss up.

Allen has been a very successful runner this season and he has a good chance to pick up the first down on a quarterback sneak. However, he’s not often called on a potentially game-winning situation to pick up short yards with his legs. I’m still not sure what I would have done in the situation, but that’s immaterial now. Both the Bills and Titans are 4-2, and look to be a part of the AFC picture moving into the playoffs.

Buffalo has plenty of time to think about this one with the bye week around the corner, and there’s no doubt this is going to be heavily scrutinized.