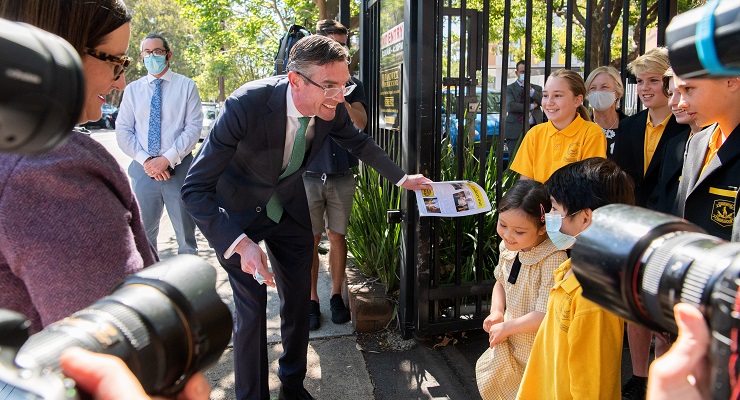 Dominic Perrottet has made headway on some issues that will appeal to female voters, but his stance on abortion and same-sex marriage will not.

New South Wales Premier Dominic Perrottet has announced child number seven will soon join his ever-expanding family. Like almost 70% of Australian families with dependants, he and his wife, Helen, work.

Since taking over from Gladys Berejiklian, Perrottet has been quick to address the concerns of women and working parents, who are a key demographic for the NSW Liberals. He moved forward the return-to-school date, has increased domestic violence funding, and plans a cabinet reshuffle to address the party’s gender gap.

But policies across the state have major flaws for working families, creating burdens that disproportionately affect women. Policy gaps coupled with Perrottet’s conservative stance on social issues could put the party in strife with voters.

He markets himself as a family man, but his family doesn’t look anything like average working families. Keep reading.