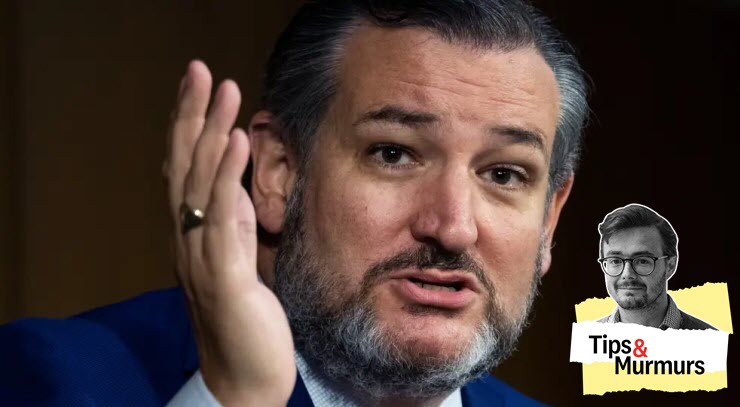 We can’t expect Ted Cruz to have a real idea about what’s going on in ‘Texas of the Pacific’ Australia, but maybe he should do a little research. Plus more from the Crikey bunker.

Cruz control It’s amazing and curious to find Australia inspiring in US cultural warriors the same mythic frontier fantasies the United States has for so long evoked here. We’ve inspired the #AustraliaHasFallen movement, protests at the Australian embassy in New York, and now US senator and slowly-deflating-balloon-with-a frowny-face-painted-on Ted Cruz is jumping aboard. In response to the Northern Territory’s strict vaccine mandates, Cruz tweeted: “I love the Aussies. Their history of rugged independence is legendary; I’ve always said Australia is the Texas of the Pacific. The Covid tyranny of their current government is disgraceful & sad. Individual liberty matters.”

NT Chief Minister Michael Gunner was happy to extinguish the myth, pointing out the obvious fact that has escaped many of the Americans fretting on our behalf: Australia in general has taken a very statist approach to its COVID response, and whatever might be said about that, it’s been broadly supported and has saved a lot of lives: “Nearly 70,000 Texans have tragically died from COVID-19. There have been zero deaths in the Territory. Did you know that?”