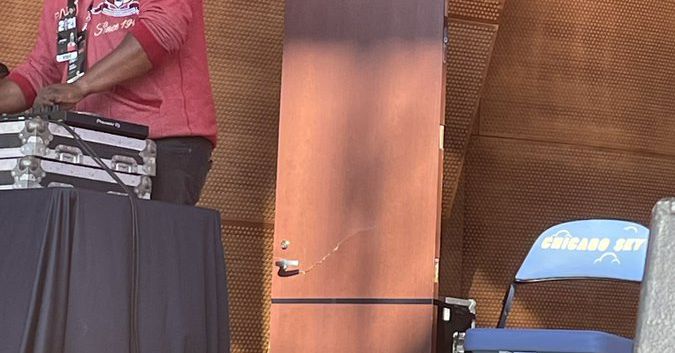 The Chicago Sky are celebrating their 2021 WNBA Championship on Tuesday after defeating the Phoenix Mercury in a dramatic four-game series. Chicago earned its first title in franchise history with a massive fourth quarter rally that made made Mercury star Diana Taurasi so mad she allegedly broke a door in Wintrust Arena.

That door is the focus of attention today.

Of course there’s context behind this. Diana Taurasi of the Mercury, who was furious after losing the WNBA Championship, allegedly broke the visiting locker room door at Wintrust Arena in frustration. Taurasi then refused to talk to the media and hasn’t really discussed the incident since.

Sure, the Sky could just ignore that this ever happened, or they could use it as a moment. If you’re a door that’s been pummeled it must be nice. Normally you’re just hanging around, witnessing everything, but never get to be part of the action. Instead this door got a chance to live, freed from its doorway and taken on a door no piece of wood could ever imagine. On a day where human athletes are celebrating one of the greatest accomplishments of their career, this door is the center of attention.