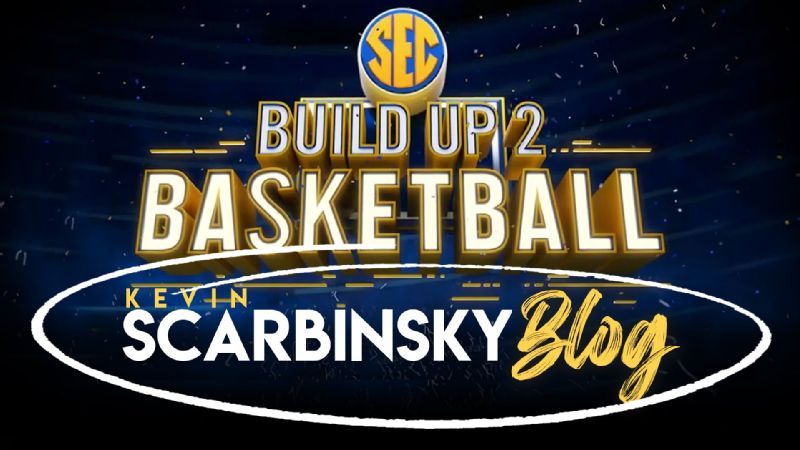 The coaches at Alabama in different sports don’t stay in their lanes, Kristy Curry said – and that’s a good thing. They talk about everything “from practice thoughts to different types of leadership events we have within our team. We’re constantly sharing ideas.”

There’s a common purpose behind that camaraderie, as Curry shared during her “Build Up 2 Basketball” appearance on SEC This Morning: “Everybody wants everybody to be great.”

The Crimson Tide had two players earn All-SEC honors for the first time since 1998 with Jasmine Walker – who set the school scoring record with 41 points at Auburn – on the first team and Jordan Lewis – who finished second in the SEC in assists – on the second team. Walker, the seventh overall selection in the WNBA Draft, was the first Alabama player drafted since 2005.

It’ll be a challenge for Curry and company to continue the program’s progress without its top three scorers from a year ago.

“I know on paper how that looks, but I tell you what,” Curry said. “I love this team. We have a lot of versatility.”

It starts with returning senior guards Megan Abrams, Hannah Barber and Brittany Davis, a former national player of the week who missed all of last season but, according to Curry, “is shooting the cover off the ball.” The addition of 6-foot-4 North Carolina State transfer Jada Rice and the return of 6-5 Ruth Koang, who missed all of last season recuperating from a torn ACL, should add punch to the Tide’s post game to balance the perimeter prowess of Abrams, Barber and Davis.

“We have a lot of pieces,” Curry said. “I feel like it’s the deepest team that we’ve had. We’re deeper, we’re bigger and we have a lot more options. We’re really, really excited.”

The winning environment in Tuscaloosa adds to that excitement, which Curry attributed to the leadership of Athletics Director Greg Byrne and Senior Women’s Administrator Tiffini Grimes.

“I’ve been at a lot of institutions,” said Curry, who’s entering her ninth season at Alabama. “It’s not always that way. It’s just an amazing environment to come to work every day. There’s a tremendous amount of love in this department for each other.”

Witness this week’s homecoming for Walker, whose WNBA rookie season was cut short by a knee injury. She’s returning to Tuscaloosa to serve as a judge at Friday’s Tide Tipoff event.

Curry offered a catchphrase to capture the cumulative effect of Team Alabama. “Association brings on assimilation – and that’s greatness. We are really, really excited about our future.”