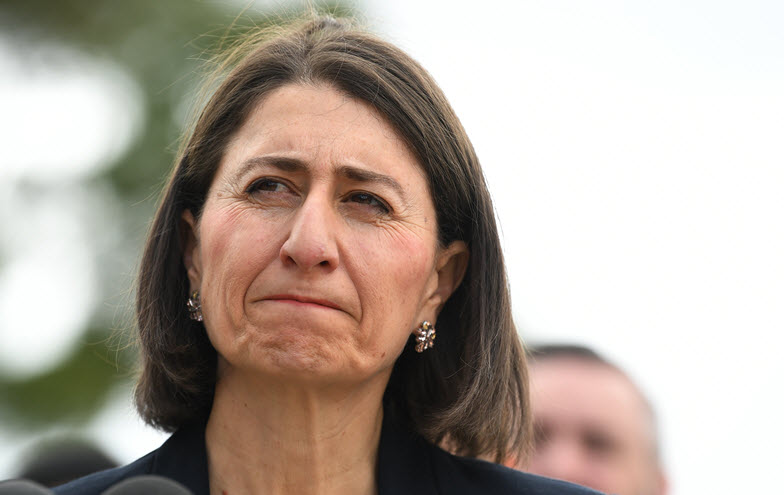 A former staffer has told NSW ICAC ‘I spat my water out’ when he heard of Gladys Berejiklian and Daryl Maguire’s relationship — a sentiment apparently shared by former premier Mike Baird.

“Sometimes you gotta say WTF,” was Nigel Blunden’s response in a memo to a request for $5.5 million for a Wagga Wagga gun club, the Australian Clay Target Association.

Blunden, a former political adviser to then-premier of NSW Mike Baird, was in the witness box at the Independent Commission Against Corruption (ICAC) this morning, trying hard to avoid revealing his disquiet over this questionable use of public money. He was quoting Joel Goodson (Tom Cruise’s character in the 1983 film Risky Business).

“What’s it going to be called, the Maguire International Shooting Centre of Excellence?” he asked facetiously. Blunden was referring to the fact the proposal was being pushed by Wagga Wagga MP Daryl Maguire.