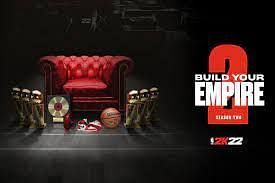 NBA 2K22 has kept fans entertained with a variety of new updates, player packs, and challenges that are being updated at a timely pace so far. The game has brought in a huge transformation of the MyCareer mode and has also shown an increased impetus to develop an eSports community across consoles in recent weeks.

Alongside the online league, the MyTeam Unlimited Tournament, with total prize money of half a million dollars across consoles, has also maintained a high degree of interest among gamers. Now, within six weeks of NBA 2K22 being released worldwide, season 2 has been updated, with a range of new game modes, rewards and player packs.

In this article, we look at everything you need to know about NBA 2K22’s MyTeam season 2.

The Season 2 update was added across consoles earlier today ie. 20th October 2021, with the MyTeam mode getting its tagline updated to “Be like Mike.” It is a tribute to the Chicago Bulls’ great and arguably the greatest player in NBA history, Michael Jordan.

With the all new city, NBA 2K22’s MyCareer mode has gone under a major overhaul, with a new level 40 reward, new quests and player cards. There are also new seasonal updates to The City and other locations such as Concha Del Mar, apart from the new music that was announced in advance.

The new level 40 reward comes in the form of a go-kart that has also been added. Other rewards such as a Breast Cancer Awareness shirt are also being made available at level 1 of the new season.

Season 2: Build Your Empire is almost here Anyone can be the next MJ 🐐 Whether you’re climbing the ladder to NBA stardom, running the streets, or building your dream teamFull Details: nba.2k.com/courtside-repo…

Season 2: Build Your Empire is almost here Anyone can be the next MJ 🐐 Whether you’re climbing the ladder to NBA stardom, running the streets, or building your dream teamFull Details: nba.2k.com/courtside-repo… https://t.co/jsb6YJKZ7R

Additionally, a Skeleton Mascot outfit at the final tier alongside a new Rebirth feature have also been updated.

The Rebirth feature allows next-gen gamers to skip to 90-overall players while allowing current-gen users to skip the first 10 MyPoints levels. However, players will first need to collect Rebirth points that are available by simply completing the new quests. This can be done easily by visiting the ATM near the in-game NBA store and completing ten 3v3 or 2v2 matches.

Finally, the following new music scores have been added to NBA 2K22: