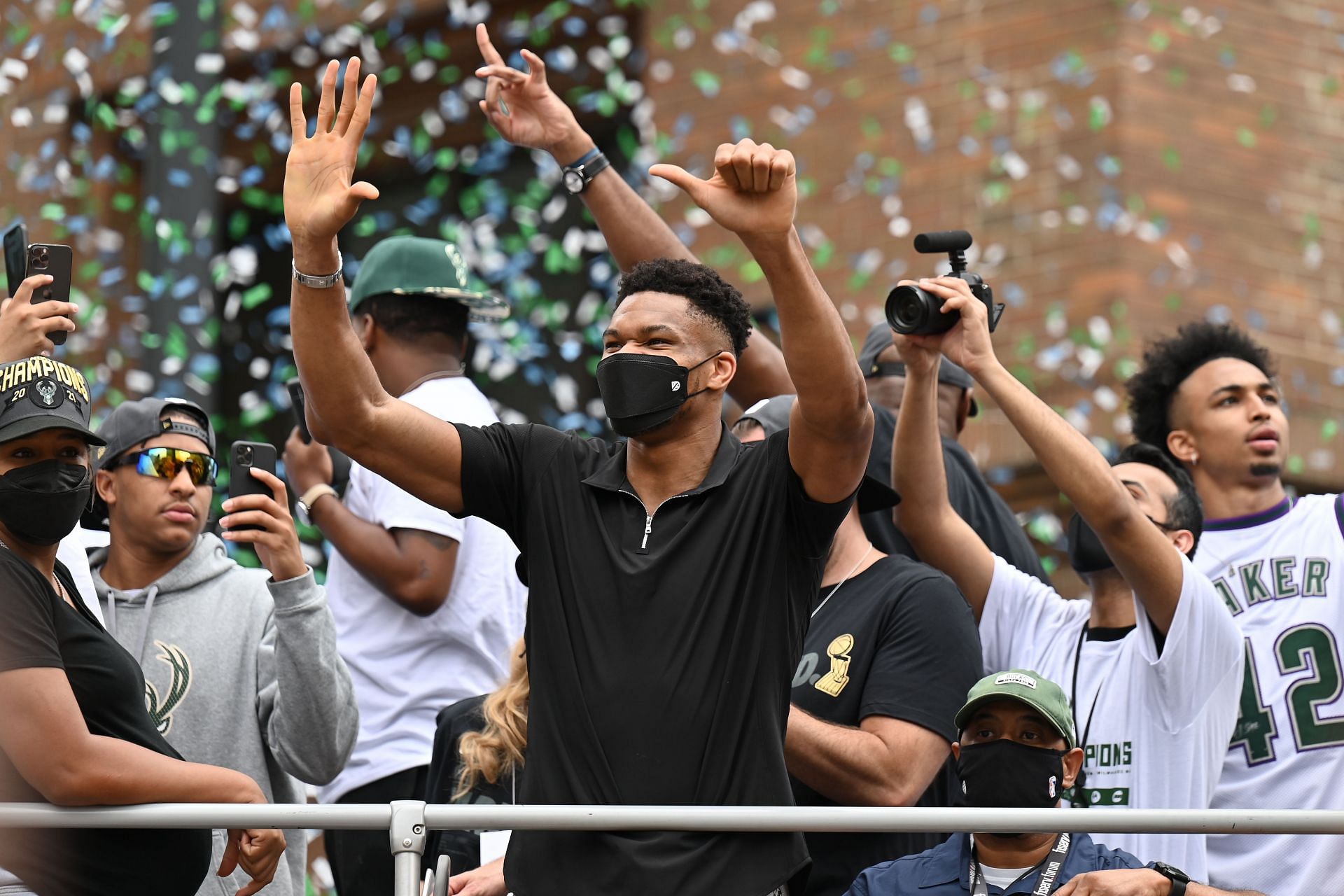 After emerging as champions at the end of the 2020-21 NBA season, the Milwaukee Bucks were presented with their championship rings on opening night.

With a 91-day offseason, the Bucks head into the new season looking to defend their title with their first matchup against their rivals, the Brooklyn Nets.

There were a number of references to the Milwaukee Bucks ahead of their ring ceremony.

According to the NBA’s official website, the ring has 360 diamonds at the top that represent the number of victories prior to the current ownership taking over the franchise.

With the option to wear their championship ring around their neck, the top of the ring can be removed so that players can wear it as a pendant. It also features a QR code that, when scanned, displays memorable moments from the playoffs.

The 4.14-carat emeralds represent the Milwaukee area code. They also contain 50-round “inner bezels” to represent Giannis Antetokounmpo‘s 50 points that sealed the deal in Milwaukee’s victory.

There are also two trophies on the inside of the ring shank that represent the number of rings won by the franchise. The purity of gold on these trophies is 65.3%, which represents the regular-season winning percentage for the franchise.

The most noteworthy elements are the Bucks logo in green corundum stone, the “Fear the Deer” and “Bucks in 6”, along with the franchise’s playoff record for the season (4-0, 4-3, 4-2, 4-2). The approximate carat weight for the “World Champions” is 0.53, which is the amount of time the franchise has been in existence.

“Bucks in 6” 🥶The Milwaukee Bucks’ 2021 NBA championship rings are too clean.

“Bucks in 6” 🥶The Milwaukee Bucks’ 2021 NBA championship rings are too clean. https://t.co/OVByP5aJK9