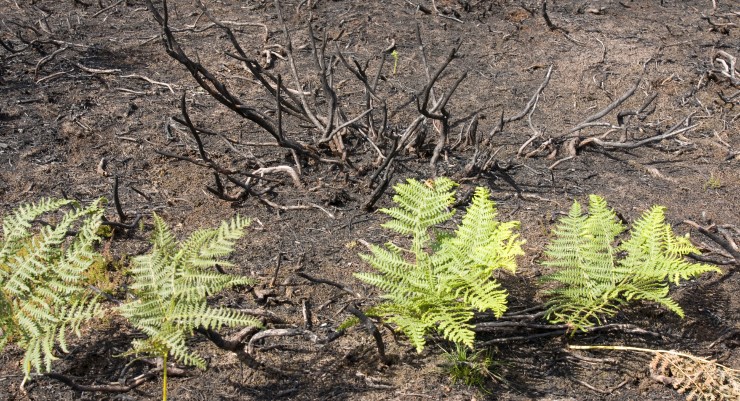 Despite UN talk of “cautious optimism”, there is not much good news coming out of the planning week for COP15, the biodiversity conference scheduled for next year.

A million species are headed for extinction, there is much tut-tutting about China’s parsimonious commitment of a billion yen to the cause — and less discussion, as always, that the United States is not even a signatory. There will be even less out of COP26, as much of the world settles on an utterly inadequate net zero by 2050 target.

But despite all that, and more, it’s time to declare something pretty simple and straightforward about the whole climate issue and the environment in general: we won. We, the good people, the basically rational people who think that science is real, the earth is a bounded system that has to be managed and tended in one way or another.

We haven’t won yet in the whole saving-the-planet-from-destruction thing. Things will still get very nasty and we, and humanity, may still lose altogether, but it’s important to say that one stage of this vast epochal conflict is over. There is now no real other side to the model of human-caused catastrophic climate change and the need for urgent attention.

That’s the context in which we need to think about things like the National Party’s tortured four-hour partyroom meeting on net zero, their bleating like it was some sort of extraordinary demand on their soul, and Barnaby Joyce’s bleating that it wasn’t enough time to resolve an issue they’ve had eight years in government to do something about.

Ditto with News Corp’s surrender to the inevitable. And the UK government’s shift. And China’s commitment to being an “ecological civilisation”. Thirty years after the climate-change-oriented movement began, 50 years after the ecology movement, and 60 years after Rachel Carson’s Silent Spring was published, the conception of a bounded earth-system, of which all else is sub-system, has become dominant.

Green politics has won, in other words. The whole system is green. Just as liberalism had triumphed in the mid-19th century — turning conservative royalist parties into liberal ones — and social democracy after World War II, politics is now green. Just as then, the victory is often honoured in the breach. Just as the triumph of liberalism made royalist conservatism and its values — positive inequality, privilege, absence of rights — unable to be argued, except as reaction.

Green politics has done the same thing to classical liberalism. Its dwindling band of avatars may still argue for “the freedom agenda”, but they no longer have access to a framework that legitimated such a position. That relied on a world of property relations, and the supposition of an unlimited horizon of nature in which they were set.

Without that outside to the system, any form of calculation is inherently “greened”, i.e. socialised. They might be privatised — in the form of pollution rights, for example — but the notion that any freedom attaches to it has become a fantasy.

For those of us who’ve been on this beat for some time, there’s a certain epochal feel to this. The current period was pretty much kicked off by a much younger James Hansen’s 1988 testimony to the US Congress, which put global warming at the centre of world concerns. Before that it had been hanging around as the “greenhouse effect”, an almost quaint concept, the name bearing the marks of the earlier era of “ecological” protest, and a dash of the “small is beautiful” movement.

Before his report, environment issues had remained a set of special causes, despite the best efforts of campaigners to get an understanding of world systemic crisis at the centre of debate. The Franklin Dam is the standout. But even phenomena like acid rain were seen as single causes.

Politics constructed a world, that world was the real abstraction known as “the economy”, and the notion of destroying the conditions of life was mostly bound up with nuclear weapons, and the reduction of such.

Then, after Hansen’s report, in 1989-90, the world seemed to respond with a symphony of environmental disaster. The hole in the ozone layer opened up, a northern summer produced a wave of fires, the oceans vomited up hundreds of tonnes of waste on North American beaches, due to a current variation. This couldn’t be totally put down to greater attention to the environment, because there wasn’t much of it. It was very possibly a freak cluster of effects, but it succeeded in grabbing world attention.

That’s the period we’ve been in ever since. It’s been one in which the system crisis had been acknowledged, but the economy-environment relation was yet to be reversed to reflect the true state of things: that the environment is prior to the economy. This simple, obvious fact has been what we’ve been fighting for these past three decades.

Now that we have won — a war, not merely a battle, but only one war in a series of them — what happens to the deniers? In Australia, in most cases, they simply cease to be deniers, like Germans getting rid of their uniforms in 1945.

Across the think tanks and News Corp, and other right-wing burrows, they’re simply dropping the topic, like the sycophants and cynics they always were. Those sticking to denialism, especially in News Corp, will soon find themselves persona non grata, I suspect. After a brief period of tolerant pluralism, they’ll simply be too embarrassing to have around.

Indeed, a worthwhile project of this new period might be putting together some of the greatest hits of those still clinging to respectability: Janet Albrechtsen’s slavering praise for Ian Plimer and Lord Monckton; Tom Switzer’s bullshit pseudo-philosophising about method; the IPA’s support of what was really anti-science scepticism, rather than judicious doubt.

This stuff is going to look increasingly pernicious as the years go on, which is why it’s important to hang it on a sign round their necks and parade them through the town square.

Denialism was mostly cynical, sometimes delusional, and it constituted the discreditable last act of Thatcher/Reagan/Howardism. It’s a political task of this period to force such people to spend the rest of their public careers justifying, self-excusing, sometimes angrily re-insisting on their obedient idiocy of years past. The same should apply to the Nationals’ mealy-mouthed self-importance on the wholly inadequate net-zero target.

The slogan in the cities for the next election and before should be that a vote for the Liberal Party is a vote for the National Party. Let’s see how many marginal Liberals can keep discipline through months of that, or whether it could actually crack the Coalition apart.

But beyond all that, it’s simply worth recognising and declaring a victory when you’ve had one — not merely for strategic advantage, but simply for one’s own morale. So accustomed to bearing the weight of the world, it is worth taking time to celebrate a victory — if only to recharge for the momentous war ahead, the one against capital itself, now unadorned by legitimising ideology.

Politics is now green; green parties set the agenda. The Greens, despite their small numbers, are the central party of the contemporary political system. Proceed on that basis, and there will be victories afresh. Amid the very dark times still to come.