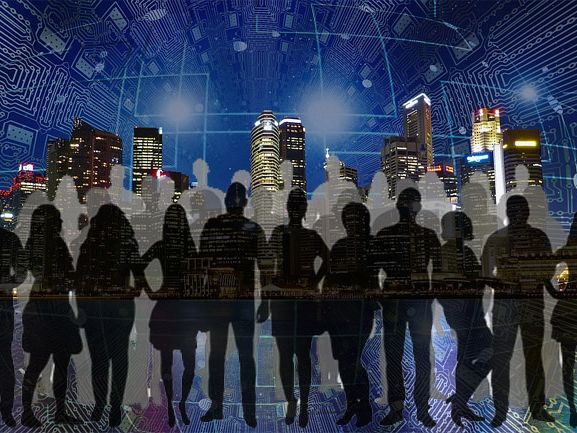 The connectivity of smart cities can be used as a tool against neoliberalism, bringing people together and reviving the spirit of democracy, writes Paul Budde.

OVER THE LAST few years, I have written various articles about smart cities and I have reported on several of them during my international smart city expedition in 2018. Moving three years forward, COVID-19 has had a positive and a negative effect on the development of smart cities.

On the positive side, the awareness of the urgent need for digital infrastructure for working and studying from home, telehealth, online shopping and so on has been driven home to both businesses and governments. Even the most conservative politician can no longer deny the national importance of it. Cities have profited from this surge in importance as many smart city projects that had been laying on the shelf were suddenly dusted off and money became available for implementation.

On the negative side, the equally important element of deep citizen engagement became problematic, partly because of a sudden rush to get things done and on the other side, lockdowns that hampered proper citizen engagement.

I was pondering over these issues also in the context of the rise in populism, autocratic decision-making processes, mass nationalist sentiments and scapegoating.

Democracy – in its basic form – flourishes in smaller communities where it is much easier for individuals to be involved in the common good. This level of individual political engagement became more institutionalised in the Greek polis (city-states). We also saw a revival of democracy in the early city-states in Italy (such as Florence and Sienna) and the Low Countries (Brugge, Gent).

However, democracy died when empires (such as the Roman Empire, the Catholic Church and the Holy Roman Empire) or states such as France, England and Spain centralised their authority.

Political engagement declines when power shifts from “polis” to “empire”. Those who are politically engaged or want to be politically engaged on a democratic level are left behind. It was in the period of decline of the Greek polis that stoicism started to develop, those with a passion for political engagement on a democratic level were basically left to their own inner resources.

The philosophic school of stoicism can be best characterised by a mantra of “we can’t control what happens to us, but we can control how we react to the action” rather than “hoping for better things to happen”.

We now have new tools that allow us to expand stoicism – building on individual inner strength – to inner strength that encompasses the whole community. Citizens networked together can build a very strong democratic platform for their communities; again, action is a key word here.

In a globalising society with heavily professionalised political systems, we again see a process of political alienation. Neoliberalism saw a huge shift away from collective identity and the common good towards the individual and individual gain. COVID-19 has taught us that this is not sustainable.

With lessons learned from the past and assisted by modern technologies, we can revive the spirit of the polis in our towns and cities. Digital tools can be used to empower citizens to take back democratic control over the common good in their communities.

Cities interested in working with their citizens to create better living environments – socially, economically and ecologically – can use these tools. It requires both a level of leadership and citizen engagement. If cities support the structure to make this happen, citizens can be engaged individually and as groups to build the environments that they aspire.

This is the core of my smart city work. Empowering councils and citizens to take control over their own affairs by utilising the inner strength of all. Providing them with the strategic tools and pathways to start on this journey. While on the one hand, smart cities that are built together (council and citizens) will deliver far better outcomes, at the same time it will also create a strong bastion to protect democracy.

I most certainly applaud these initiatives from the company; however, it is important that those who are going to use the services oversee them and not NBN Co. I call that a permission-based system. Individual services and individual data should always remain under the control of the individual person and it is for her or him to decide who gets access to that information.

I am concerned that after 20 years of lobbying for this, this is still not happening and the commercial social media are misusing this to their advantage, raking in gigantic profits on the way.