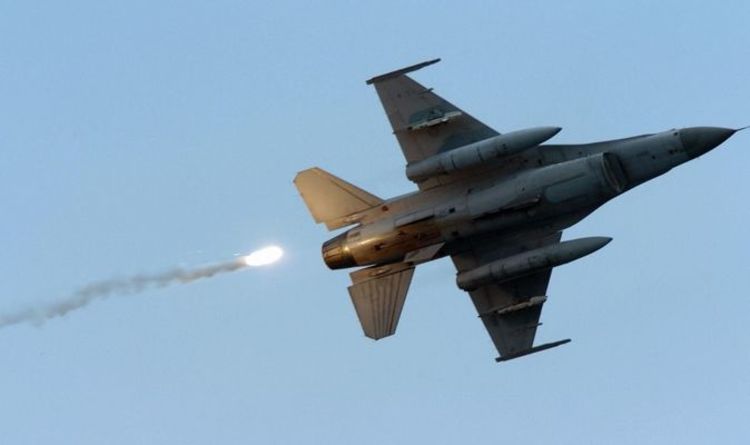 Amid a period of high tensions, Britain’s Defence Secretary warned China must settle its dispute with Taiwan through peaceful communication or a conflict may occur. Speaking at a NATO meeting in Brussels, Mr Wallace said China’s incursion into Taiwan’s air defence zone was incredibly dangerous. He also stated any military posturing from Beijing was unwise as the West focuses its attention on the Indo-Pacific region.

Mr Wallace said: “Militarily they are posturing, as we’ve seen.

“The difference between mainland China and Taiwan needs to be resolved through peaceful methods.”

It is estimated up to 150 aircraft entered Taiwan’s air defence system.

Mr Wallace also drew parallels with Hong Kong which came under the “one country, two systems framework” after the UK handed the province over to China in 1997.

Amid a crackdown on Hong Kong, the Chinese government introduced the security law in order to stop dissent.

Taiwan also has a defence agreement with the US who pledged to supply the island with arms to defend itself.

Margrethe Vestager, the European Commission’s Executive Vice President, told the EU Parliament: “China has stepped up its pressure on Taiwan and its military presence in the Strait.

“We have seen repeated incursions of Chinese planes across the median line and in Taiwan’s air defence identification zone.

“These displays of force may have a direct impact on European security and prosperity.

“We, Europeans, have an interest in preserving the status quo in the Taiwan Strait.